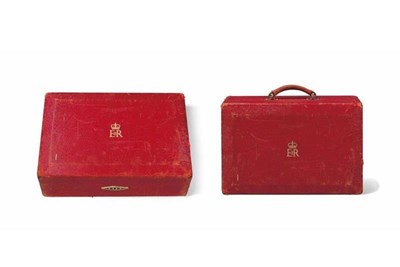 Chancellor Rishi Sunak announced the highly anticipated 2020 Budget yesterday, promising to protect UK SME businesses and support those who are off work due to the coronavirus

Sunak committed to a £2 billion sick pay rebate for up to two million small businesses with fewer than 250 employees, which aims to cover statutory sick pay (SSP) for up to 14 days.

SSP is currently £94.25 per week in the UK, which the TUC have called, “a national disgrace” given its prediction that two million people do not earn enough to receive it.

Sunak outlined that SSP will now also be provided to those who are advised to self-isolate, even if they have not shown any symptoms.

He promised to make it easier for gig economy workers to access sick pay too.

“We will make it quicker and easier for them to access benefits as they will now be able to claim SSP from day one instead of day eight,” Sunak said.

Jonathan Richards, CEO and Founder of Breathe welcomed the changes to sick pay.

He said: “As a small business owner, it’s reassuring that the government will cover the strain caused by sick pay, as well as offering significant loans and cash injections to UK small businesses.

Stephen Ratcliffe, partner in the employment practice at Baker McKenzie told HR magazine: “Practically, the changes will make managing self-isolation and sickness absence easier for all employers as employees will be able to obtain a certificate from NHS 111 confirming that they must self-isolate.”

Any company eligible for small business rates relief will be allowed a £3,000 grant which, under the £2bn budgeted, would stretch to help 700,000 small businesses.

Since April 2014, most employers have been able to claim up to £3,000 off their annual secondary Class 1 National Insurance Contributions (NICs) bill. There will now be a rise in the Employment Allowance by a third to £4,000, giving some businesses a tax cut.

The National Insurance threshold will rise from £8,632 to £9,500, which Sunak said will give 31 million people a tax cut and save a typical employee £104.

Before the budget announcement took place, the impact of the coronavirus epidemic (now pandemic) was discussed by MPs during PMQs.

Ian Blackford, leader of the Scottish National Party in the House of Commons, told the house that the prime minister had assured him that no one would be penalised for following public health advice, yet millions of self-employed workers have been left in deep uncertainty as to what financial help they will be given if they are forced to stop working.

“In this house we are privileged, millions of other workers are not. They may be forced to rely on social security for an extended period,” said Blackford.

Boris Johnson told the house: “In this government we have already extended SSP from day four to day one and we will make sure those on universal credit will get the support they need.”