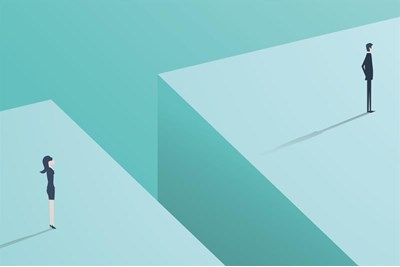 I employ people because I have a job that needs doing - and I seek to employ people in those roles who can do them. I don't care (in the nicest possible way) if it's a man or woman, or what their ...

The Government Equalities Office (GEO) has published two new guides for employers to help them identify the causes of their gender pay gaps and create action plans to tackle them.

Eight ways to understand your organisation's gender pay gap asks employers to identify potential areas for improvement such as: whether women tend to enter the company in lower-paid positions than men, whether there is a difference in performance scores within the organisation in relation to gender, and whether individuals who are employed on a part-time basis are being supported to advance within the company.

“The gender pay gap is at its lowest level on record, but that is still not good enough if we want to achieve real gender equality in the workplace,” said parliamentary undersecretary for women Victoria Atkins.

“Last year 100% of companies in scope reported their pay gap data, but they now need to take steps to put an end to this inequality. These steps include better engagement from senior leadership, more open conversations about why organisations have a gender pay gap, and improving recruitment practices.

“We want employers to understand the causes of their gender pay gaps and create action plans that will close those gaps for good.”

This comes as new GEO research found that more companies have prioritised reducing their gender pay gaps since the introduction of the reporting legislation in 2017. Sixty-nine per cent of employers now view closing their gaps as a high or medium priority, up by 8% on last year.

The research also showed that 67% of companies are having discussions at board level to find ways of closing the gap.

Dominie Moss, founder of The Return Hub, said that while there is no quick fix to closing the gap the move by the government is “encouraging”.

“There’s no silver bullet when it comes to this issue – but it’s good to see the government coming up with practical advice. Helping firms identify the cause of the problem is a useful exercise but closing the gap requires a three-pronged approach: hiring more women, promoting more women, and retaining more women. Rather than taking the necessary steps to address this many employers are still tinkering around the edges,” she said.

"Our own research has shown that more than half [55%] of female City workers returning from a career break believe the sector isn’t interested in creating a diverse workforce,” said Moss.

“If companies are serious about closing the gap they need to dramatically rethink their hiring strategies and the support offered to women throughout their career, particularly those returning from a break.”

I employ people because I have a job that needs doing - and I seek to employ people in those roles who can do them. I don't care (in the nicest possible way) if it's a man or woman, or what their ethnicity is, as long as they can do the job. If women present, unable to do the job I need doing, for whatever reason, then that's their look-out - I'll employ someone else. All we hear from the GPG industry is that we should be providing extra 'this' and extra 'that' for women returners, or women in general. The next time a gas fitter/plumber turns up on your doorstep asking for extra support and training to fix your boiler, just check out how you feel about that. No, you need a job doing and you need someone who can do it.

Great to see this government support aimed at helping companies to address their GPG directly. However, the underpinning driver remains ‘equality’ and ‘fairness’ and we need to place the emphasis on the practice and processes that form part of recruitment, selection, development and training. Readdressing the balance by recruiting and promoting more women may be part of the strategy for many organisations. But, by ensuring the emphasis remains objectively on the fairness and reliability of the processes we use to select and promote, we allow organisations to access the best talent and the right ‘person’ for the role (regardless of their sub-group) in a truly equitable manner. And it is important to remember that addressing the gender pay gap does not mean overlooking or failing to support existing talent because they are male.