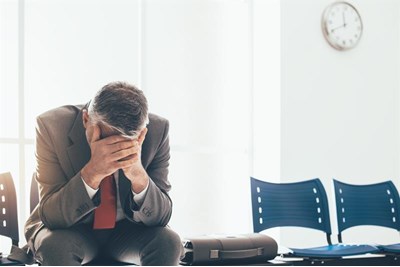 ​The number of employees on UK payrolls in July 2020 was down an estimated 730,000 compared to March, according to the ONS labour market overview for August 2020.

Though the figures indicate employment is weakening due to the ongoing pandemic, the unemployment rate has remained largely unchanged due to an increase in economic inactivity, in which people are out of work but not looking for new jobs.

Joanne Frew, national head of employment at legal business DWF, said that this could be partly due to the number of people who have struggled with childcare throughout the pandemic and could therefore change as schools begin to reopen.

"The Coronavirus Job Retention Scheme (CJRS) will also inevitably be masking the true scale of unemployment,” she said.

“Figures are expected to surge in October when the scheme closes. Although the government has launched the Job Retention Bonus to help incentivise employers to bring employees back from furlough, longer-term strategies will need to be implemented to help tackle unemployment.”

Both the UK’s youngest workers and older generation pre-retirement age were found to be the most likely to be temporarily away from paid work during the pandemic.

This has created cause for concern due to the hiring challenges presented to each age group, particularly in a highly competitive job market.

“The sharp fall in employment highlights a dramatic deterioration for the employment prospects of young people, part-time workers and older workers in particular,” said Gerwyn Davies, senior labour market adviser at the CIPD.

"A real concern is that this is just the first wave of bad news for the jobs market. The fact that reduced hiring rather than increased firing of permanent staff is the main cause of the jobs slowdown to-date bodes ill for the coming months if more employers turn to redundancies as a last resort.”

To support those disproportionately affected by the post-pandemic job market, City & Guilds Group has advised government to redirect its existing funding for further education.

City & Guilds Group CEO Kirstie Donnelly said that the funds should be allocated to develop skills that match jobs which are currently available and in demand.

“As the labour market shrinks, it’s crucial that we take immediate action to ensure that people, especially those most in need, have the opportunity to get the training, skills and experience they need to access employment, and that young people leaving education understand what is a viable route into a job,” she said.

The report also found that pay decreased in the three months to June 2020 to rates below price inflation, although in sectors like hospitality and construction where workers are returning from furlough, pay growth improved slightly for June 2020.

The claimant count increased by 116.8% from March to July, reaching 2.7 million people.

Smaller businesses drove vacancies in this same period up to 370,000 - a 10% increase on April to June.

With mass redundancies, job insecurity, and a recession ahead, the CIPD has called on government to undertake further intervention.

“The combination of large-scale job losses, job insecurity and falling real incomes means that the UK economy needs all the help it can get,” added Davies.

“The government might therefore wish to consider keeping an open mind to protecting some industries through a revised Job Retention Scheme beyond the end of October and through the winter."