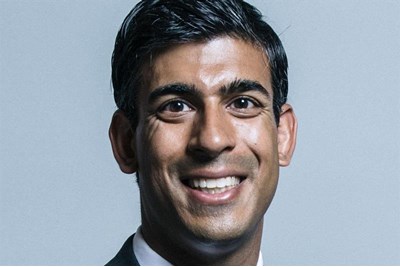 Employers will be asked to pay National Insurance and employer pension contributions for furloughed workers from August, chancellor Rishi Sunak has announced.

Speaking on Friday (27 May), Sunak detailed the Treasury’s plans to reduce government support for the Coronavirus Job Retention Scheme (CJRS), which ends in October.

By September, employers will be expected to start paying towards people’s wages, with taxpayers paying 70% of the furlough grant and employers contributing 10%.

This will change in October to taxpayers paying 60% and employers contributing 20%.

Government is currently paying 80% of workers’ salaries up to £2,500 a month for approximately 8.4 million workers under its CJRS. Employers’ claims have reached £15 billion.

Sunak also announced employers will be allowed to bring back furloughed workers part time in August, a move welcomed by the CIPD.

He said: “The biggest request I’ve heard from businesses large and small, right across our country, is to have the flexibility to decide what is right for them.

“So, to protect jobs, and help businesses decide how quickly to bring their workforce back, we are introducing a new, more flexible furlough. This is a critical part of our plan to kickstart the economy.

“The financial security of the furlough scheme has been a relief for many, but at the same time people want to work.”

According to a CIPD survey, 76% of firms have already put at least some of their workers on furlough through the scheme since applications opened on 20 April.

Sunak said firms would be asked to start sharing the cost of the scheme from August.

The self-employment income scheme will be extended, with applications opening in August for a second and final grant paid out in a single instalment covering three months’ worth of average monthly profits.

Earlier in May, a cross-party group of 113 MPs sent a letter to Sunak asking for the self-employed scheme to be extended.

It is predicted that 2.3 million self-employed workers signed up to the grants, equalling £6.8 billion.

Frances O’Grady, TUC General Secretary, said: “We’re glad the chancellor has listened to unions and allowed employers to start using short-time furlough from July. This will help employers gradually and safely bring people back to work, protect jobs and support the economy to recover.

“As employers begin to contribute to the costs of furlough, we remain pleased that all workers will continue to receive at least 80% of their wages for every hour worked until the scheme closes in October.”

However, O’Grady warned that the government needed to “act urgently” to make sure workers with health conditions or childcare responsibilities aren't first in line when it comes to redundancies.

She added: “The UK cannot afford the misery of mass unemployment. The government must start planning now to build on the job retention scheme with a national recovery plan that prioritises protecting and creating jobs.

"That means a jobs guarantee scheme so that everyone can get a decent job on fair wages. And working with unions and businesses to deliver support for strategic industries that have the potential for many good jobs once the outbreak is controlled.”

Employers should enlist workers on the furlough scheme by 10 June to allow them time to complete the minimum furlough period before then.

Peter Cheese, chief executive of the CIPD, warned some firms will struggle to top up wages and cover the national insurance and pension contributions.

He said: “There is an increased risk in job losses over the summer. It is also increasingly important that the government now develop programs of support to help people who lose their jobs in finding work and developing the skills they need for different employment opportunities in areas of the economy that are growing.

“Businesses must now consider gradual returns to the workplace, looking at flexible options including using reduced hours and freezing pay if necessary to save jobs.

"However, with more flexibility in the system comes a greater responsibility for businesses to treat their people fairly and keep them safe.”

A study by the Institute for Fiscal Studies (IFS) and UCL Institute of Education revealed last week that UK mothers face job insecurity and increased childcare responsibilities during lockdown.

More than a third (36%) of furloughed workers have also been drinking more since lockdown began, research from Drinkaware found.
Comments
Related Articles