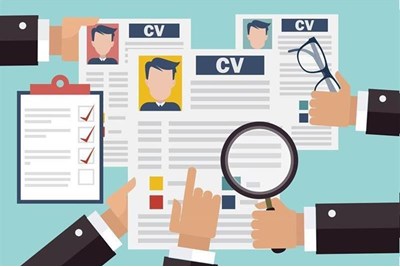 One in three organisations expect to cut jobs in the third quarter of 2020, according to new research from the CIPD and Adecco Group.

There’s been a 50% increase in the number of organisations expecting to cut jobs compared to the spring report, in what CIPD labour market adviser Gerwyn Davies predicted to be a “sombre autumn for jobs.”

The impact is particularly damaging for the private sector as twice as many private sector employers (28%) are expected to make redundancies compared to the public sector (16%).

Yet hiring intentions have increased, with almost half (49%) of employers expecting to take on new recruits in the next three months compared to 40% in the last quarter. But this confidence remains way below previous years.

The report’s new employment balance, which measures the difference between the proportion of employers whole expect to increase staff levels and those who expect to decrease staff levels, has fallen from -4 to -8 over the last three months- the lowest since the survey started using this methodology in February 2013.

Employers are also expected to offer minimal pay increases over the next 12 months.

Forty-per cent of employers plan to introduce wage freezes in between June 2020-21 and 42% have already introduced recruitment freezes.

The proportion of organisations adopting a recruitment freeze is much higher for the private sector (47%) than the public sector (22%); especially in hospitality (65%), business services (54%) and IT (52%).

Those who plan pay reviews expect basic pay to increase by 1%, much lower than the 2% median increase expected this time next year.

Davies said that despite redundancies having been low due to the Job Retention Scheme (JRS), the survey showed the weakest data he had seen for several years.

“We expect to see more redundancies come through this autumn, especially in the private sector once the scheme closes. Hiring confidence is rising tentatively, but this probably won’t be enough to offset the rise in redundancies and the number of new graduates and school leavers entering the labour market over the next few months.”

The CIPD is welcoming pay freezes for workers if they help preserve jobs and urging organisations to avoid large-scale redundancies.

Davies added: “We urge organisations to do all that they can to keep employees in work and only make redundancies as a last resort, exploring all other options first. This could include freezing recruitment, reducing hours or restricting overtime, or cuts to bonuses and deferring salary increases.”

Job seekers are also applying for high skilled roles, which Alex Fleming, country head and president of staffing and solutions at Adecco Group UK and Ireland said aligned with the trend of people sourcing alternate forms of education to upskill and expand their knowledge.

She said: “There will be ongoing shifts in working patterns not only for employees but also for those who are just starting out in their career. Businesses must demonstrate resilience and adopt new approaches to closing the skills gap by investing in upskilling and reskilling workforces. Creating a positive workplace culture is also integral to maintaining focus, engagement and motivation among existing employees.”