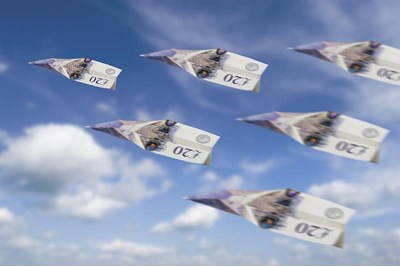 Out of the 1,000 HR directors polled, 66% have struggled to find sufficient skills since the Brexit referendum, particularly within the banking (86%), finance (83%) and IT (79%) sectors.

Migrate UK’s study involved organisations who currently employ 250-plus staff in the UK, and was conducted at the same time the government unveiled its new EU settlement process and planned residency rules to help EU citizens remain in the UK post-Brexit.

More than a third (39%) of the organisations questioned said they had already lost EU workers because they were either returning home or leaving to work in another European country. Germany, Ireland, Sweden, Italy and France were found to be the top five most popular relocation destinations.

Sixty-seven per cent of HR directors reported that an uncertain future and unknown immigration legal requirements after an EU exit were the main reasons workers were leaving the UK. Additionally 18% said their workers feel unwanted and 14% were being enticed by more attractive employment packages overseas.

To retain skills from the EU and compete against overseas rivals companies have introduced benefits. These include bonus payments and increasing salaries (29%), introducing medical insurance schemes (19%), and picking up the bill for EU workers’ national permanent residence and British nationality Home Office fees (12%).

Despite the current cap on Tier 2 visas for non-EU workers, the research also revealed that more than a third (37%) of the 1,000 UK organisations polled have resorted to hiring non-EU workers where EU skills are unobtainable.

Nearly one in three (29%) have either acquired a sponsor licence or applied for one to enable them to recruit outside of the EU, costing them an additional £1,476 for a four-year licence.

Jonathan Beech, managing director at Migrate UK, said that while some progress had been made in potentially lifting the immigration cap, the government must work to ensure EU staff can remain in the UK.

“Many are experiencing the knock-on effect of this cap, together with EU workers leaving Britain because of an uncertain future. The government’s move to scrap the NHS Tier 2 visa cap is a good one, as this should help free up the immigration cap in other sectors. But we also need to ensure that skills from the EU remain in the UK which, as our research highlights, many companies heavily rely on to succeed,” he said.

“The government’s recently-proposed EU Settlement Scheme, granting settled status to EU citizens who have lived continuously in Britain for five years, will certainly help to stabilise the skills situation. But, after two years of uncertainty, the government needs to give some form of guarantee that the status of EU workers in the UK is legally binding and safeguarded against any threat of change in the future, otherwise EU workers will continue to leave.”