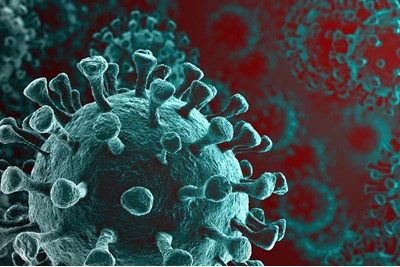 Speaking during Prime Minister’s Questions on 4 March, Johnson confirmed that health and social care secretary Matt Hancock had brought the day forward to encourage those who need to self-isolate, due suspected coronavirus infection, to do the right thing.

Johnson did not say how long the policy will be in place for, but did say it was only temporary.

Government officials announced up to a fifth of the workforce may be off sick during the peak of a coronavirus epidemic in the UK.

Leader of the opposition Jeremy Corbyn questioned Johnson on whether the new temporary extension will apply to all workers – including those on zero-hours contracts, the self-employed, and in low-paid roles.

He said: “Women in the care sector who aren’t eligible and those on social security could face sanctions.”

“Others will be entitled to help through existing systems such as Universal Credit,” Johnson replied.

However, Johnson added the government wants to ensure that workers “do not have to choose between health and hardship”.

The Trades Union Congress (TUC) had previously called on the government to respond to the COVID-19 outbreak by providing emergency support for the millions of UK workers who are currently missing out on SSP.

Leader of the Scottish National Party in the House of Commons Ian Blackford asked the prime minister if all workers would be fully protected up to the level of the real living wage.

Johnson did not answer the question but said: “We want to avoid penalising those who want to do the right thing, which is exactly why we have added the extra three days of SSP.”

James Taylor, interim executive director of strategy, impact and social change at Scope, argued that the announcement is an overdue change.

“Our Statutory Sick Pay system needs to start from day one, all of the time. The health crisis that we face has highlighted the failings within the system that have long affected disabled people and many others,” he said. “Nobody should feel stuck working while unwell whatever the reason.

“The government must seize on this momentum and bring forward plans to create a modern sick pay system where everyone gets support to get by from day one.”

According to Mercer’s Business responses to the COVID-19 outbreak survey more than half of companies (51%) around the world have no plans or protocols in place to combat a global emergency.

The survey suggested employers consider reviewing continuity plans to enable business as usual, and that they accelerate virtual working opportunities and flexible working.

Mark Lello, partner and notary public at Parker Bullen told HR magazine: "SSP should be paid when the employee is incapable by reason of some specific disease or bodily mental disablement of doing work which he can reasonably be expected to do under his contract (SSCBA 1992). Self-isolation would not normally meet this requirement.

"However, under SSP(G)R 1982, “incapable” is deemed to include when an employee is excluded or abstains from work pursuant to a request or notice in writing. Therefore if the employee has been given notice by his GP or 111 (or any other medical authority) to self-isolate, I think it would be reasonable to deem them incapable and therefore entitled to SSP."