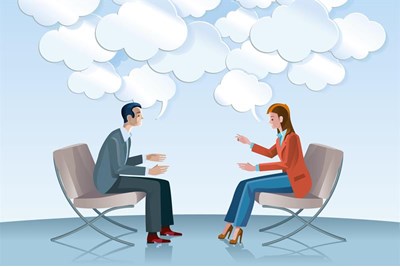 Transparency in organisations is growing, but is total (or rather radical) honesty always the best policy?

Back in 1995 clinical psychologist Brad Blanton published Radical Honesty. The central argument that made this self-help book a bestseller was that humans are liars and telling lies is a major cause of stress in our lives. Not expressing to friends, spouses, lovers or bosses what we really feel or think, he argued, imprisons us in a self-built jail of the mind.

In the last few years the notion of radical honesty has started gaining traction in the business world, with Silicon Valley (as with numerous other trends) at the vanguard. Truthfulness and candour, even and perhaps especially on difficult issues, go hand-in-hand with admirable corporate traits such as agility, innovation and diversity, assert advocates of this mindset.

Two recent business books take slightly differing stances on this philosophy. In Radical Candor: Be a Kickass Boss without Losing your Humanity, former Google and Apple executive Kim Scott contends that although we are conditioned from an early age not to hurt others’ feelings, putting empathy above honesty in the short term can be more damaging over time. Failure to address an awkward work-related problem candidly is often as much about protecting our own feelings as concern for those of our colleagues, she believes. Moreover, not immediately grasping the nettle may set people up for a bigger failure and greater upset further down the line.

Meanwhile, in Principles: Life and Work, founder of hedge fund Bridgewater Associates Ray Dalio says the key to his company’s success has been meritocracy, achieved through openness and honest opinions, thoughtful disagreements in which people are willing to shift their opinions as they learn, and clarity on moving past unresolved disagreements to avoid resentment. Making this happen requires an environment of radical truth and transparency in which people are allowed to see and say almost anything.

This can be uncomfortable. But Dalio says that after about 18 months most people adjust to the culture, and eventually many find it hard to behave differently.

“There is definitely a buzz about radical honesty in Silicon Valley and in many other companies,” says Erin Meyer, professor of organisational behaviour at INSEAD. “There’s a sense that we have to be much more transparent and much more direct in the type of feedback that we give to one another. That is challenging, particularly for companies internationalising out of the US or UK. In most emerging market countries they are much less direct with negative feedback and more layered in the way that they communicate than Anglo-Saxon countries are.”

Meyer is author of The Culture Map, an exploration of how businesses can navigate and decode cultural differences around the world. She is currently working on a book about Netflix, which will include the company’s approach to radical candour as one of its core themes.

Famously – there has even been a Harvard Business Review article about it – a PowerPoint presentation Netflix put up on the Web documenting how it shaped its culture and boosted staff motivation and performance has been viewed millions of times. A key mantra is telling the truth about performance. In practice this entailed abandoning formal performance reviews in favour of informal 360-degree reviews. This began with an anonymous software system, but over time evolved to signed feedback, with many teams holding 360s face-to-face. Netflix found that talking simply and honestly about performance on a regular basis delivered better results.

Meyer sees this as indicative of a big shift. “I believe HR’s role will be changing because of these waves of transparency and candour that will be affecting us.” Hand-in-hand with the rise of more honest feedback, Meyer expects to see more transparency regarding matters such as remuneration that should help clear up gender inequality on pay. She also believes HR will have more of a role to play in helping people deal emotionally with such transparency.

“[But] are we truly ready for this at work?” ponders Dean Wilson, HRD at Sheffield Health and Social Care NHS Foundation Trust. “It feels a little like walking a greased tightrope. Undoubtedly personal relationships can be enhanced by such an open approach. But whether the office is the place to have such direct communication is fraught with implied dangers. Given the current legal employment environment, and the perceived emphasis on the feelings of the recipient in exchanges, the giver of such straightforward honesty may be opening themselves to criticism or worse – even bullying [claims] – if not skilled in delivery.”

Whether a defence of radical honesty would hold up to deep scrutiny is open to question, Wilson feels. While it could easily be viewed as simply ‘straight talking’ or ‘telling it as it is’ it also risks becoming a blunt instrument. A more sophisticated environment of constructive feedback is perhaps a better vehicle.

Neil Morrison, HR director at Severn Trent Water, says: “The best teams and organisations I’ve worked with aren’t afraid to have brave conversations. They recognise when there is a need for honesty and candour, but they’re also skilled at having those conversations and are respectful, thoughtful and kind. And that is the trick; terms like radical honesty can seem like an excuse to be critical or overly direct in a way that inhibits creativity and contribution. It can also be prohibitive to an inclusive culture. You have to hear ideas in order to accept or reject them, and to encourage that people need to feel safe.”

The key lies in knowing how to have good conversations, he adds. People must be able to talk about the areas that need improvement without becoming defensive or partisan. “When we shy away from speaking the truth we don’t do anyone any favours, but we need to be able to frame the conversation in a way that is useful and doesn’t cause personal or organisational harm.”

Caroline Nugent, director of HR and OD for the London Boroughs of Havering and Newham, says you don’t have to be blunt or direct to get a point across. “A more supportive but honest relationship between employee and employer or between two employees saves so much time-wasting or misinterpretation down the line,” she says.

“If someone has to tell another that they are not working well this may be due to issues outside of work (for example domestic violence) and being brutally honest is not going to get someone to open up. There may be bullying in the workplace and people need to feel that they can discuss this in a constructive, supportive environment to deal with and put closure to the issue.”

Nugent adds that in our multicultural society we must be mindful that directness may come across as bullish to others. She has seen firsthand an instance where a senior manager had no self-awareness of this behaviour. Both people were high-performing but had different ways of expressing things; mediation was the only way to hold up a mirror and retrieve the working relationship.

There was also a case of a man going through a gender change, who just wanted to say how it was for him. “His manager was embarrassed until HR stepped in and supported them both,” reports Nugent. “The transition was smooth and we then had a dedicated, motivated female employee within a supportive team.

“Radical honesty needed smoothing at the edges for this kind of conversation but if we cannot just talk to each other we end up with unhappy relationships and that affects the bottom line.”