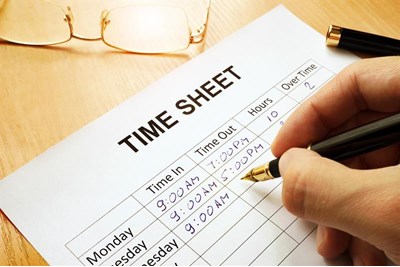 The report, by cross-bench peer Robert Skidelsky, found that a reduction in working hours without losing pay would be ‘good for material and spiritual wellbeing’, but a blanket limit on working hours is unrealistic and undesirable. Despite increased calls for reduced working hours recently, the report instead proposed any reduction be decided on a sectoral basis.

Trade unions and business groups have been calling for a move to a four-day working week, citing the benefits as increased employee wellbeing and productivity.

Skidelsky was asked to look into the feasibility of legislation to limit working hours by shadow chancellor John McDonnell, who said he will "study" the report to look at "how we can reduce the typical working week without loss of pay”.

“Something is very wrong with how the world of work has changed in recent years,” McDonnell said. “Millions are working long hours while others can’t get the security of the regular hours they need to get by."

The report notes that full-time workers in the UK (who make up 74% of the workforce) work longer hours than in any EU country, apart from Greece and Austria. The average UK full timer worked 42.5 hours a week in 2018 against an EU average of 41.2 hours, while 17.1% of employees and 25.9% of the self-employed worked more than 45 hours per week.

However, it said a legislated economy-wide limit, similar to the French law that caps the working week at 35 hours, should not be replicated in the UK. ‘France’s legislation was rendered broadly ineffective by an accumulation of exceptions and loopholes,’ the report noted.

A blanket reduction would be difficult to achieve in an economy that is increasingly dominated by the service sector, the research stated.

But Will Stronge, co-director of think tank Autonomy, said that the report should have been more ambitious in scope and that even capping the working week at 35 hours would not go far enough. “This is a welcome contribution, but it’s too timid in its outlook. In an Autonomy report that came out at the beginning of the year we advocated getting to a four-day week within the next decade. A 35-hour week would put us on par with France, but keeping up with our neighbours is hardly an industrial strategy,” he told HR magazine.

“We should be bolder in our vision for future UK workers. Let’s aim to be the first country to introduce the four-day week and show that we can still be prosperous and that it is very doable.”

Kelly Swingler, former HRD at Genesis Housing Group and founder of HR consultancy The Chrysalis Crew, which implemented a four-day week at the start of 2019, said that the current system is leading to increased burnout among employees.

“The current way of working isn’t working for everyone. The disparity in how much people are working versus how much they’re being paid has come about because where organisations have sought to cut costs by reducing headcount there hasn’t been a reduction in work. Employees are doing more to get the job done while managers are carrying out the work of their teams and managing less,” she said.

“Any cap or reduction shouldn't be in place simply to prevent loss of pay. It should force organisations to focus on the wellbeing – emotional, physical and financial – of their people, increase headcount to stop overworking and burnout, and pay their people fairly for the hours worked.

“Several studies over the past few years have shown that productivity increases when employees take regular breaks. Here at The Chrysalis Crew we adopted a four-day working week in January and we are being more productive than ever.”

Julian Cox, head of the employment law practice at iLaw, said the government should focus on supporting organisations to introduce flexible working options rather than introducing legislation. “You only have to consider the impact of differing hours from sector to sector to see the impact that it would have on supply networks. Instead of relying on legislation, parliament should be looking at ways to help employers' flexible working arrangements and encourage them to offer employees a better work/life balance,” he said.