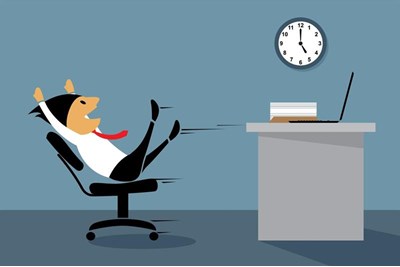 While research shows employees are in favour of a four-day week and increased flexibility, most firms still only offer traditional working hours

Three-quarters (75%) of UK adults are in favour of a four-day working week, even if it means they have to squeeze their working hours into less days, according to research from Know Your Money.

Almost half (49%) said they would be willing to take a 20% pay cut to move from working five days a week to four.

The survey of 2,000 UK workers also found that 70% consider flexible working important to their job satisfaction, with women more likely to say this (74%) than men (67%).


However, despite growing employee interest in flexible working, 46% of respondents said they are not given the flexibility they want at work and 37% are looking for a new job because of this.

The idea of introducing a four-day working week has become increasingly popular recently. Earlier this year Labour’s shadow chancellor John McDonnell commissioned academic and economist Robert Skidelsky to lead an enquiry into the impact of a four-day working week, and suggested the party could include a pledge to reduce the traditional working week by a day in its manifesto at the next election.

The TUC has also backed the switch, saying the proposal was the number one outcome of its recent report into how changes to the current and future workplace can best benefit workers.

Nic Redfern, director of Know Your Money, said his organisation's research shows that many employers are yet to provide more flexible working options for staff.

“Working practices have changed radically over the past two decades – the rise of new tech has made it far easier and more common for employees to work remotely and flexibly. However, our research clearly shows many workers feel their employers have not yet caught up with the flexible working trend, so it’s important managers take note of these findings and assess how they can cater to the demands of their workforce,” he said.

Employers could lose out on talent if they don't embrace these demands, Redfern added: “Evidently organisations are at risk of losing talented staff if they cannot provide more flexible structures – whether that’s relaxing the set office hours, allowing employees to work from home, or even offering the option of a four-day week.

"Ultimately technology shouldn’t increase employees’ stress levels by preventing them switching off, but instead should be embraced to create new opportunities for people to achieve a better work/life balance.”