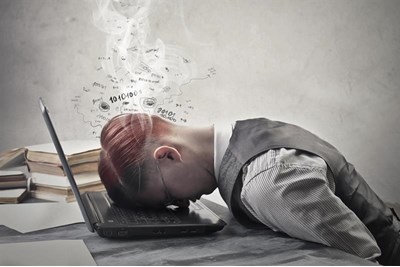 Employees in the UK are working longer hours but are less productive than their European counterparts, according to the TUC

Its analysis found that full-time employees in Britain worked an average of 42 hours a week in 2018 – nearly two hours more than the EU average and equivalent to an extra two-and-a-half weeks a year.

But Britain’s “long-hours culture” is not having a positive impact on productivity, the TUC warned. The research found that in similar economies workers are much more productive for each hour they work.

The average full-time working week in Britain has shortened by just 18 minutes over the past decade, which is not fast enough to close the gap with other EU countries. Researchers said that, even if the EU average stayed the same, at current rates of progress it would take 63 years for UK workers to get the same amount of free time as their European counterparts.

“Britain’s long-hours culture is nothing to be proud of. It’s robbing workers of a decent home life and time with their loved ones. Overwork, stress and exhaustion have become the new normal. It’s time for a change. Other countries have shown that reducing working hours isn’t only good for workers it can boost productivity,” she said.

“As new technology changes our economy, the benefits should be shared by working people. That means shorter hours, more time with family and friends, and decent pay for everyone.”

The TUC’s latest analysis comes as separate research from management consultancy Lane4 found that almost a third (30%) of employees said that a four-day working week would help to reduce their stress levels. The survey, of 2,005 people at middle-management level or below, also found that 34% are more stressed than they were two years ago.

However, Adrian Moorhouse, managing director of Lane4, warned that reducing the working week could increase stress by putting more pressure on employees to complete work within a shorter timeframe.

“It’s interesting to think about the working week and how it’s evolved over time. A four-day working week today probably equates to the traditional five-day week of 30 years ago in terms of the amount of information we digest and the outputs we produce,” he said.

“While a four-day working week may seem appealing to some there’s a risk that it would lead to employees working flat-out for those four days, which is not a healthy or sustainable approach to managing a work/life balance. It could leave people feeling more stressed.”

Moorhouse added that employers need to encourage a supportive workplace culture: “The best approach to helping employees to become more resilient will be different for every company. However, organisations with resilient workforces do have things in common such as a culture where high levels of pressure are matched with high levels of support, managers who are skilled at providing that balance, and easy access to relevant resources for all employees.”