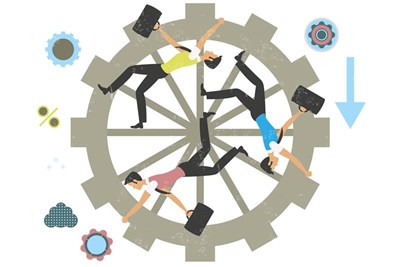 Employee resignations have reached a five-year high at 15.5%, according to research from XpertHR

One in seven (15.5%) employees were found to have resigned from their job in 2016, according to the researchers. Labour turnover statistics from 288 organisations show that the resignation rate has increased steadily since 2012, when it stood at 10.6%.

When it came to staff that had newly joined an organisation, 10% of new starters were found to have resigned before completing a year’s service – with total turnover for all reasons at 11.4%. Companies in the services sector had the highest rate of attrition among new starters. On average 11.6% of new employees left voluntarily in their first year, with total labour turnover at 13.1%. The researchers warned that this statistic is of particular concern because of the cost of recruiting and onboarding new starters.

“Monitoring staff turnover is important for all organisations so that they can respond quickly when levels reach a point that is damaging to the business," she said. "Our data on turnover rates among those with less than 12 months’ service shows just how important it is for HR to look carefully at its recruitment and selection strategy – and its onboarding process. Ensuring new starters receive ongoing support and attention, and have the opportunity to raise any concerns as soon as possible, can help to avoid staff churn among this group. Losing an average of one in 10 employees before completing one year of service is not only costly in terms of resources, but also for employee engagement among those already in post.”

Total labour turnover (which covers all types of departures, including voluntary resignations, redundancies, dismissals and retirements) stood at an average 23% and a median of 19.4%, representing a modest increase from 2015 when the average was 21.5% and the median 18.5%.