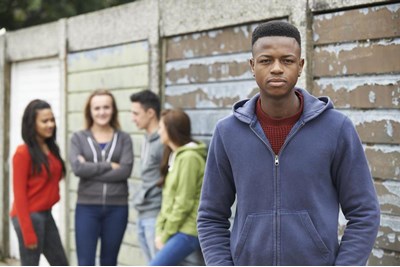 Employers have a responsibility to tackle socioeconomic inequality, according to experts reacting to yesterday's report by the Social Mobility Commission

Social mobility in the UK has remained virtually unchanged over the past four years, the State of the Nation 2018-19: Social Mobility in Great Britain report found. It analysed Office for National Statistics data gathered in early childhood, schools, universities and education.

It found that social mobility has remained stagnant over the past four years, with 60% of those from professional backgrounds being in professional jobs in 2018 compared to 34% from working-class backgrounds, only slightly up from 59% and 32% respectively in 2014.

“It’s down to employers, and part of the reason we [Severn Trent] do well in this area is that we do not try to defer this responsibility onto other people. It’s important to understand the communities in which you serve, and to understand who you are trying to recruit and why. Really think about providing opportunities so people can progress throughout their careers, and make sure career development is as meritocratic as possible,” he said.

“The steps that employers can take are actually quite straightforward; this does not always have to take a massive amount of investment. Even looking at how you phrase job descriptions can make a difference, but it all starts with having an understanding of social mobility and that it’s a process not just a one-off static task.”

The report also revealed that people from working-class backgrounds are more likely to be paid below the voluntary living wage than those from advantaged backgrounds (27% versus 17%). From the beginning of April the National Living Wage and the minimum wage were increased. But campaigners and unions warned this won’t be enough to end in-work poverty.

Katherine Chapman, director of the Living Wage Foundation, said: “We know there is cross-party and widespread public support for the real [voluntary] living wage, but there are still cleaners, caterers and security staff working in vital public sector jobs who are struggling to get by. It’s time for our major public institutions to lead by example.”

The Social Mobility Commission research also revealed a significant gap in skills and training between those from advantaged and less privileged backgrounds. Almost half (49%) of the poorest adults had received no training since leaving school, compared to 20% of the richest.

The report also expressed concerns that automation of jobs is predicted to disproportionately affect low-skilled workers. 'The system is not supporting the people most at risk of automation to retrain and benefit from the positive effects of the Fourth Industrial Revolution. If this is not addressed it risks leaving people worse off, exacerbating the cycle of disadvantage that is already entrenching poor social mobility generation on generation,' it stated.

The Social Mobility Commission was set up in 2010 to monitor and promote social mobility. But in 2017 all of the commissioners resigned, saying the government was too focused on Brexit to deal with creating a fairer Britain.