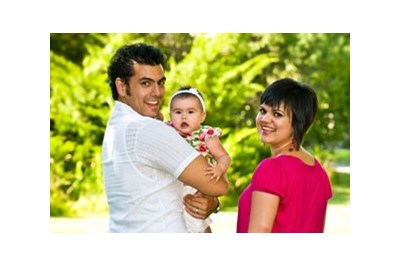 Shared parental leave (SPL) legislation is very good news for the UK. If we can make having babies and the necessary flexibility of early years child rearing a parental opportunity, rather than a female challenge, then we have a glimmer of light in the world of women’s career development.

Flexibility could eventually become a workplace norm, instead of a mummy-track headache. This, more than any other legislation or diversity and inclusion policy, might help solve the undeniable challenge of people often wanting or needing a period of flexibility during children’s pre-school days.

The Department for Business, Innovation and Skills recently conducted a poll of 4,000 adults, which found 69% of fathers had missed a key milestone in their child’s life, such as first words or first steps. My own experience of my baby daughter’s first words being ‘bye’ and ‘gone’ haunt me to this day, so I have sympathy with this. A third (32%) of fathers regret not having taken any, or enough, leave after the birth of their child. But encouragingly, 66% of men thinking about having children intend to use shared parental leave.

Armed with this statistic I conducted a poll in our London office to see what the young men of Sodexo thought about SPL. I must admit I have been sceptical about the degree to which men would take up the option of sharing their partner’s maternity or adoption leave.

I surveyed 40 men aged between 25- and 35-years-old, asking them whether, when they have a child, they would want to share their partner’s leave. The results were an interesting mix of wistful optimism and pragmatic decisions.

First the good news. Every man said that they would very much like to share their partner’s leave. I pushed a bit and asked whether they believed that taking some parental leave would damage their career prospects. They said no, it would not. I hope that this is to some degree a reflection of our positive diversity and inclusion culture.

I then asked whether it would make a difference if their partner received enhanced maternity pay, but they only received the statutory parental leave pay. Most were gobsmacked by the relatively low level of statutory pay. Seventy per cent said that whichever of the partners received the most money would be the one to take the majority of the leave. Their responses were ones of affordability. They believed that they would share an equal responsibility with their partner when it came to raising a child, and whoever stayed at home would depend on finances.

If we genuinely want to follow the spirit of the parental leave philosophy, we as HR practitioners should be encouraging our organisations to match parental leave pay to any enhancements applied to the company maternity benefits. This does not solve the problem of different rates in different firms. However, it would be a strong first signal that we are championing one of the most important gender diversity opportunities since the equal pay act.