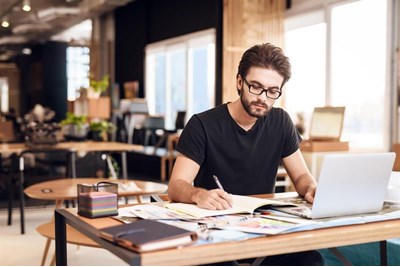 Nearly 500,000 people in the UK have applied for universal credit following the coronavirus outbreak, and self-employed workers have had to do so without the support of HR

According to The Guardian, on 25 March the Department for Work and Pensions (DWP) said 477,000 people had applied for the benefit over a nine-day period.

To help process the claims the Department has had to redeploy 1,500 civil servants.

Peter Schofield, secretary of the DWP, said that processing universal credit claims is now the department’s main focus as it is experiencing an “unprecedented” volume of people contacting them and seeking benefits.

Matt Jenkin, partner and head of employment law at Moorcrofts told HR that the mass application for universal credit was to be expected.

He argued that self-employed workers now have the hard task of navigating the benefits system without support; support that employees have thanks to HR teams.

He said: “What we’re starting to see now is the impact of the pandemic on the self-employed and gig economy workers who are really starting to feel the impact of not having employee status, and won’t qualify for the furloughed worker scheme.”

Jenkin said the coronavirus pandemic has revealed the gap between the support that the self-employed have in place compared to employees.

“Right now self-employed workers need a support mechanism to steer them in the right direction. This means they are relying on a government website or phone system to access any sort of income.

“And in this already stressful environment, the self-employed could use the support of HR,” he added.

Self-employed workers will now also be paid 80%, up to £2,500 per month, of their earnings by the government .

However, self-employed workers will not be able to claim any of that wage until June.

Simon Rothenberg, senior manager at accounting and tax advisory firm Blick Rothenberg said: “It is pleasing to see that the chancellor has pledged to match the Coronavirus job retention scheme for the self-employed but, with payments not likely to start until the beginning of June it may be too late.

The chancellor also announced that people who had not filed a tax return in time by January would be able to do so in the next 4 weeks and benefit from the new scheme.

“This is clearly aimed at some of the self-employed who may not have always filed a tax return and now find themselves wanting to claim back from the state,” said Rothenberg.

He added: “This is likely to be the first time a number of taxi drivers, delivery people and trades people will have filed a tax return and they may struggle to do so.”