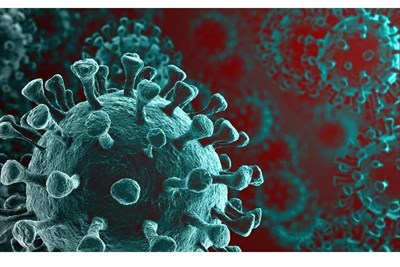 Absolutely right I think it's a disgrace that you tried to be self-sufficient and be self-employed and somehow how you get penalised I'm sure like other freelancers I have no wage whatsoever coming ...

Unions and the public have taken independent action by signing a Change.org petition set up by the Association of Independent Professionals and the Self-Employed (IPSE).

It calls for the government to create a temporary income protection fund to support freelancers through the Coronavirus pandemic while business is slow.

The union said it hopes a time-limited targeted injection of funds will be provided to keep businesses afloat over the coming months and cover basic living costs like food and rent.

Melanie Steel, owner of People Change Expertise, told HR magazine that everybody should pull together and try to influence the government to do more for the five million UK citizens who are self-employed.

She said: “The self-employed make over 15% of the UK’s workforce and should be getting paid regardless of whether they are interim, consultants, contractors, freelancers and so on.”

The government has so far committed to paying Statutory Sick Pay (SSP) from day one instead of day four of sickness, boosted Universal Credit payments, and granted some homeowners a ‘mortgage holiday’. However, Steel does not think it is enough to live off.

She added: “We need to establish an emergency fund initially to get to those that are most in need.

“In addition the government should pay around 80% of the average salary that the self-employed individual has earned over the last three years similar to what other countries have committed to.”

The Trades Union Congress (TUC) said in a press release the current measures in place for self-employed workers are ‘inadequate’.

It said: ‘The government took a big and important step last week with wage subsidies for employed workers. But millions of self-employed workers are still facing a collapse in their earnings.

‘Many won’t be able to meet their basic living costs without further support. Ministers must urgently beef up support for the self-employed.’

Freelance journalist Peter Crush told HR magazine that freelancers up and down the country were expecting the chancellor to announce assistance for them yesterday (23 March), but nothing came.

“Freelancers are as equally helpless as employees, yet it is employees that have been afforded significant protection… It is only right that the freelance community gets a similar level of state aid,” said Crush.

Crush questioned the government’s decision and said it was treating one set of people significantly less favourably than another. Freelancers have been told to apply for benefits that amount to £376 a month, while employees get up to £2,500 a month.

“This is a national emergency, and so far freelancers have been left out in the cold,” he added.