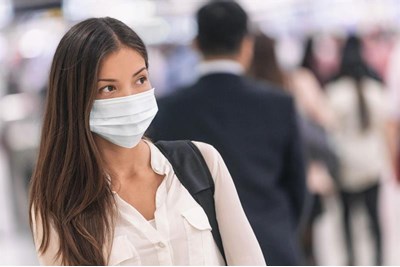 On 20 March chancellor Rishi Sunak announced that employees who are kept on by their employer will have wages of up to £2,500 a month covered by the government.

Sunak said the measures were “unprecedented” and are being put in place to stop workers being dismissed when businesses are losing trade and having to close.

The chancellor said the move would mean workers should be able to keep their jobs, even if their employer cannot afford to pay them.

He said: "I know that people are worried about losing their jobs, about not being able to pay the rent or mortgage, about not having enough set by for food and bills.

“To all those at home right now, anxious about the days ahead, I say this: you will not face this alone."

The new wage payment has been welcomed by employee associations and unions.

Carolyn Fairbairn, director-general for the Confederation of British Industry (CBI), said the announcement was a “landmark package”.

Fairbairn added: “This marks the start of the UK's economic fight back – an unparalleled joint effort by enterprise and government to help our country emerge from this crisis with the minimum possible damage.”

Think tank The Resolution Foundation said the package is "hugely welcome", and will be reaching lower-paid workers that are most at risk of job losses.

Though also welcoming the move, the Federation of Small Businesses (FSB) warned that the closure of thousands of small businesses on our high streets will threaten futures.

“It’s critical that the cash grants being made available to those in the retail, hospitality and leisure sectors reach them as swiftly as possible – and extension of their scope to other sectors given serious consideration. Insurers must stand ready to help those with business interruption policies,” the FSB commented.

Chief executive of the Recruitment & Employment Confederation Neil Carberry said the announcement is something the REC and many other organisations have been pushing hard for.

“The key thing now is to make sure the money can flow quickly and simply to the businesses that need it. Cash flow support, VAT deferment and wage payments are the exact radical measures that will help,” said Carberry.

The chancellor also announced that VAT due for the next quarter will be deferred, and self-assessment sums have been deferred until January 2021.

The minimum income floor for sole traders claiming Universal Credit will also be suspended until further notice and the interest free period for loans taken out through the business interruption loan scheme will be extended from six months to 12.

However, self-employed workers and the gig economy have questioned the chancellor as to what financial help they will be receiving.

In the announcement, Sunak said self-employed workers could access just £94.25 a week in Universal Credit, a lot less than employees can receive.

Linda Artega, a self-employed cleaner and union member, told The Guardian the current arrangement means she would have to “choose between buying food for my family and following the government’s health advice".

The Independent Workers of Great Britain union (IWGB) said the government must “step up” and provide financial aid to gig economy workers.

The IWGB has demanded the government has an urgent overhaul of Statutory Sick Pay, enhances pay for those working through the lockdown, provides workers with safety equipment and enforces social distancing to protect public health.