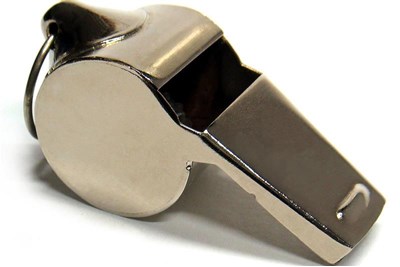 Seventy per cent of whistleblowers in the City of London’s financial services sector have been victimised, dismissed or made to resign, according to a new report from whistleblowing charity Protect

Resignations did however decline from 16% to 12%.

In 2015, the Financial Conduct Authority (FCA) and the Prudential Regulatory Authority (PRA) introduced new whistleblowing rules for the financial sector which were made to help protect disclosing employees, yet the report shows that they may have had little effect.

Speaking to The Telegraph, Protect chief executive Liz Gardiner, said: “It is time to review how the whistleblowing law works and place a positive duty on employers to prevent victimisation, rather than leave it to the individual who has suffered to navigate the tribunal system.”

Of the 350 financial workers surveyed for the report, the top concern (for 19%) was breach of legal or regulatory obligations for example by mis-selling or failure to follow compliance.

The second most common concern, reported by 11% of respondents, was fraud or criminal activity.

Discrimination and harassment cases were also in the top six concerns raised by whistleblowers, following a trend in the wake of the #MeToo movement.

In response to the findings, Protect said: “Employers in the sector will want to use the whistleblowing arrangements to identify and then act on incidents of harassment and discrimination that pose a cultural problem for a department or area of their business.”

In order to better support those who blow the whistle within an organisation the charity also said HR teams and managers require specialist training which includes “understanding how to interact with a whistleblower and having knowledge of the whistleblowing system in their place of work.”

A shocking 33% of concerns brought by employees had been ignored by their companies.

However, the proportion of whistleblowers reporting their concerns internally, rather than having to look elsewhere for support, had risen from 78% to 93% in the term spanning January 2017 to December 2019.

Speaking to HR magazine, Bryony Goldspink, solicitor in the employment team at law firm Gordons, advised: “Best practice for employees when blowing the whistle is to speak up to your employer as soon as you become aware of an issue. Don’t store up the information to use at a later date for an ulterior motive, because this can adversely affect the legal protection given to whistleblowers.”

Specifics and evidence are essential to any disclosure, as well as following employer’s procedure and recording related conversations.

She added: “Another key point is that Confidentiality Agreements shouldn’t prevent legitimate whistleblowing. If you’ve signed one take legal advice.”

Protect’s report, Silence in the City 2, analyses whistleblowing cases of 352 finance workers who called the Protect Advice Line charity for advice about workplace wrongdoing they had witnessed between January 2017 and December 2019.