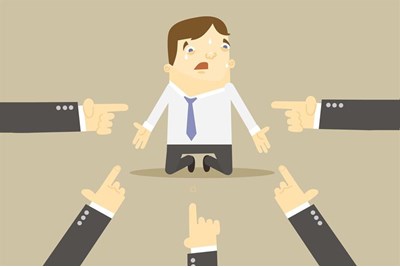 Workplace cultures are still deterring large numbers of employees from whistleblowing, according to research from Freshfields Bruckhaus Deringer (Freshfields).

However, whistleblowing is becoming a more standardised practice in workplaces around the world, with less employees deterred than in previous years, the research found.

The 2017 survey of 2,500 business managers across the US, Asia and Europe found that only 13% now claim that their employers are discouraging whistleblowing. This contrasts with the 2014 survey, in which 40% of business managers reported this.

But workplace culture was still found to be a barrier to effective whistleblowing in some organisations. More than half (55%) of managers participating in the 2017 survey stated that they and their co-workers would be deterred from whistleblowing by concerns that it would damage their career prospects or reputation. This is a particularly significant deterrent for business managers in Hong Kong (62%) and in the UK (58%).

A further 55% said that they and their co-workers would be deterred from whistleblowing by concerns that their reports would not remain anonymous. This was a significant worry for business managers in the US (62%) and in the healthcare sector (68%). More than half of business managers (59%) claimed that it would be important for their organisation to know the identity of a whistleblower.

Global head of Freshfields’ people and reward practice and member of the firm’s global investigations group, Caroline Stroud, said that whistleblowing can play a vital role in helping businesses regulate themselves and avoid misconduct, but employers need to do more.

“While it is encouraging to see that there has been a positive shift in attitudes towards whistleblowing in our latest survey, it is clear that there is some way to go before it is perceived to be a fully accepted part of workplace culture,” she said. “To tackle employee concerns around whistleblowing, businesses need to consider how they implement and follow whistleblowing policies and procedures, and crucially they need to explore how they embed the practice into their corporate culture.

“For a whistleblowing process to work effectively employees and employers alike need to feel protected by the policies in place and to believe that they are being enforced and endorsed from the top of an organisation down.”

Adam Siegel, Freshfields partner and co-head of its global investigations practice, said employers benefit from strong whistleblowing systems. “With an ever-increasing focus on holding companies responsible for misconduct, coupled with an enhanced desire to pursue charges against individuals, an effective whistleblowing process has never been a more valuable asset for businesses,” he said. “It can make the difference between learning about a problem when you still have the opportunity to address and remediate the situation, and not discovering it until the regulator comes knocking."

He added: “For a whistleblowing process to work effectively, however, a company needs to ensure that it does more than read well, but is also properly implemented. Most importantly, employees need to believe that senior management actually wants them to avail themselves of the process and that raising good faith concerns will be welcomed and rewarded.”