Payslips not given to workers 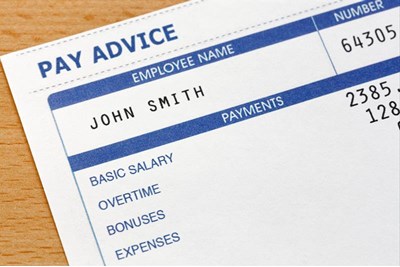 Almost one in six (15%) young workers aged between 16 and 24 and 10% of older workers aged 55 and older do not receive a payslip, according to figures from the Department for Business, Energy and Industrial Strategy (BEIS).

The poll of 2,001 UK workers aged between 16 and 64 also examined the extent to which people understand their payslips.

It found that although nearly all (99%) workers who received and checked their payslip understood at least some of it, only 62% said they understood all of it.

There was also a disparity between men and women when it came to understanding payslips. Almost three-quarters (70%) of men surveyed who receive a payslip and check it said they understand all sections of it, compared to just over half (55%) of female respondents.

Age was also a factor; with 9% of young workers who received and checked their payslip not understanding most or all of it compared to 2% of older workers.

When asked how confident workers feel approaching their employer to make sure they're getting the pay they are entitled to, female respondents were found to be less confident. Twelve per cent of women said they were not confident compared to just 5% of men, suggesting women are twice as likely not to query their pay.

On Saturday 6 April new laws came into force that oblige employers to provide payslips to all workers (not just employees). The documents must also provide a breakdown of hours worked for roles where pay varies depending on the amount of time worked. This also applies to salaried workers who do overtime that is paid at an hourly rate. The new rules won't be backdated, but apply to everyone in post or starting a job on or after 6 April 2019.

John Palmer, senior guidance advisor at Acas, said that payslips are vital for workers to check they are being paid the minimum wage: “Workers should check their payslips to ensure they are getting paid at the new National Minimum or Living Wage rates. Employers are breaking the law if they don't pay the National Minimum or Living Wage and businesses face a maximum fine of £20,000 per worker for not paying.

"Acas has free advice for both employers and employees on the correct National Minimum and Living Wage rates and advice for workers on what they can do if they feel that they are not being paid correctly."

On 1 April the National Living Wage (NLW) and National Minimum Wage (NMW) increased increased, with workers aged 25 and older now receiving £8.21 an hour, up 4.9% from £7.83. This will affect 1.8 million working adults.