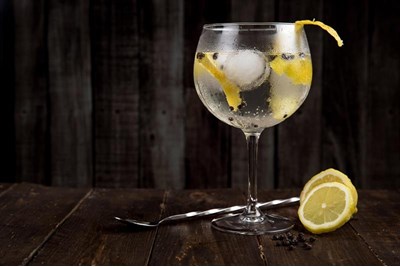 One in five employers are failing to offer support for employees dealing with drug and alcohol misuse.

This is despite investments in line manager capability ranked as important for effectiveness in helping to prevent drug and alcohol misuse.

Currently just 12% of employers offer one-off training for line managers about drug and alcohol policies and procedures, and only a quarter (25%) provide regular refresher training.

The CIPD said the findings were concerning due to the likelihood that people managers may need to deal with the issue at some point.

It therefore has issued a new guide for employers on drug and alcohol and how to support employees.

A third (35%) of employers have disciplined someone in the past two years for alcohol misuse and just over a quarter (26%) for drug misuse.

The CIPD said HR should consider training and proactive support through services such as Employee Assistance Programmes (EAPs) and occupational health.

This is even more important given 27% of employees said their alcohol consumption had increased as a result of coronavirus and its restrictions.

Dr Jill Miller, senior policy adviser at CIPD, said people’s anxiety or vulnerability caused by the coronavirus has led to more people using alcohol or drugs as a coping mechanism.

She said: “It is vitally important for organisations to recognise drug or alcohol misuse as a health, safety and employee wellbeing concern, not just a disciplinary issue.

“Support for people struggling with alcohol and drug misuse must be part of an organisations’ wellbeing offering. By having a clear policy in place that sets expectations about behaviour and prioritises genuine support for wellbeing, employers can create a safe environment where people feel able to ask for support. This could encourage people to seek help before a concern becomes a real issue.”

Those reporting a high workload were much more likely to increase their alcohol consumption (37% compared to 24%).

More than a third (37%) of those who had seen a change in their caring responsibilities were more likely to say their alcohol consumption had increased compared to those who hadn’t (25%).

Yet the survey did find that with the right employer support, alcohol and drug misuse did not have a long-term impact on people’s careers or employers retaining staff.

Quarter of UK workers say organisation is not supporting them

Around two thirds (69%) said the most recent employee they had referred to treatment or rehabilitation support had remained working for the organisation.

Sixty-one per cent of organisations currently do not provide paid or unpaid time off for treatment.

Drinkaware chief executive Elaine Hindal told HR magazine that the CIPD’s report could not have come at a more crucial time.

She recommended that employers do not make alcohol the centre of work culture and associate it with reward, for example team drinks after a tough week.

She said: “More than half of people in work say they feel there’s too much pressure to drink when socialising with colleagues. If that’s the case, employers really should be thinking about how to engage their employees, without having events or activities that are centred around alcohol.

“HR should also Include alcohol education as part of routine workplace training and make alcohol support services visible, for example, on intranets, or by recognising events such as Alcohol Awareness Week.”

The CIPD’s employee survey was conducted online between 2 July and 31 July 2020 and administered by YouGov with a sample size of 2104 adults.

Findings in the Managing drug and alcohol misuse at work report are based on a survey of 787 HR decision makers and was administered by YouGov in November and December 2019.