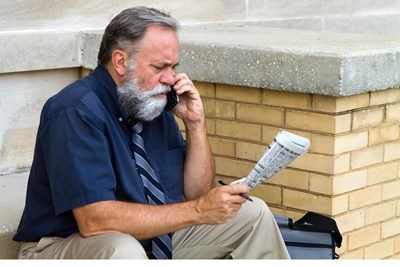 Older workers are often perceived as being less able to work and more expensive than younger workers, according to a Centre for Ageing Better report

It found that the UK’s attitudes to older workers are predominantly negative, with older people subject to more stereotypes in the workplace than their younger counterparts.

The report, which reviewed existing research on public attitude to ageing, found that older workers are seen as having lower levels of performance, less ability to learn and being more costly than younger workers.

There are ‘far more’ negative stereotypes than positive, according to the review.

It warned that stereotypes can become self-fulfilling prophecies if they affect how older people view themselves, their own capabilities and therefore the kinds of tasks and activities they engage with.

Stereotypes can hurt marginalised groups more, with women and BAME individuals facing a ‘double jeopardy’ of discrimination as they get older.

The Centre for Ageing Better has called for a fundamental culture shift to overturn what it calls an 'ingrained culture of pity and dislike' towards older people.

Anna Dixon, chief executive at the Centre for Ageing Better, said: “Ageism, like any other form of prejudice, has a profound effect on our self-esteem, our wellbeing and the way we experience day-to-day life.”

Dixon argued that ageism is deeply damaging, and that it isn’t taken as seriously as other forms of prejudice or discrimination.

“Britain is long overdue a fundamental culture shift to overturn these attitudes, and the media needs to reflect the diverse experiences of people in later life,” she added.