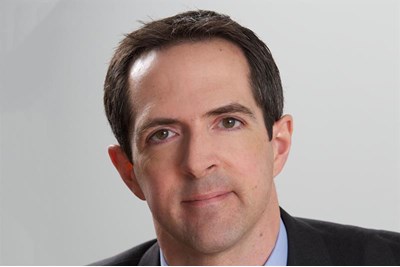 When it comes to employment discrimination, attention has most recently been focused on gender, but age may be about to rise up the agenda

In July 2018, the Women and Equalities Committee published a highly-critical report that concluded ageism remains a significant problem in British society and that the government was failing to take action to improve compliance with the Equality Act. Among the Committee's various recommendations are two that stand out in particular. First, that employers be required to report on the age profile of their workforce, adopting a model similar to the gender pay gap reporting regulation. Second, that all jobs be advertised as flexible from day one, unless the employer can demonstrate 'an immediate and continuing business case' for not doing so.

Until a few years ago employers were able to make employees retire at 65 because of an exception that existed in age discrimination and unfair dismissal laws. That exception was abolished in 2011, and since then employers looking to retire employees at a particular age must justify doing so. Although reasons such as workforce planning and the need to retain younger employees have been upheld by the courts as valid justifications, since 2011 most employers have moved away from compulsory retirement policies.

So in a workplace where an increasing number of employees are looking to retire later, what are the pitfalls that employers need to be aware of? Here are some key issues to consider:

Career conversations. When the default retirement age was abolished there was concern among employers that they could no longer talk to their staff about retirement. Provided the conversation is handled carefully, however, this should not be the case. A dialogue with employees about their career aspirations is something that should happen, regardless of age, and many employers have built this into their regular appraisal processes. Care needs to be taken when having these discussions with older employees though so they are not given the impression that the employer wants them to retire.

Changing terms and conditions. Employees looking to work beyond what would otherwise have been their retirement date often want to work more flexibly. Could younger employees claim age discrimination if older workers are given priority for flexible working arrangements? It's a valid concern, but such treatment should be justifiable as an appropriate way of retaining the skills and experience of older employees who would otherwise leave the business.

Insured benefits. These are often no longer available above the age of 65 or can only be sourced at considerable extra cost, but UK age discrimination law allows employers to cease insured benefits after the age of 65. Employers looking to take advantage of this should still check the terms of the employee's contract to make sure they have the necessary contractual flexibility to remove the benefits in question. It will also be critical to explain to the employee which benefits will be continuing and which will not, given the importance they are likely to attribute to these.

It will be interesting to see how the government responds to the Women and Equalities Committee's report. Its recommendations call for urgent action by the government and the Equality and Human Rights Commission to do more to enforce the legal protections already in place for older workers. Whatever the outcome the UK workforce is ageing, with half of all adults in the UK predicted to be over 50 by the mid-2030s. With more employees looking to work for longer employers will be well advised to revisit their current practices and policies to make sure they are prepared.

Christopher Fisher is a partner at Mayer Brown International