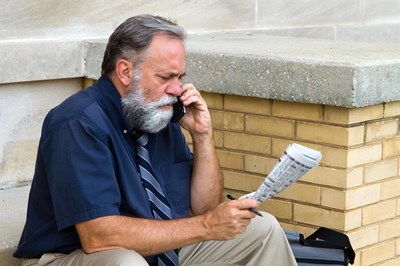 Company must invest on older employees on training to keep them upto to the industry standards... older generation should share the knowledge to the younger one

​Those aged 50 to 64 are 37% more likely to be unemployed for more than two years than under-50s, according to analysis from jobsite Rest Less

Its analysis, based on multiple datasets from the Office for National Statistics' Labour Force Survey (May to July 2019), found that despite their low rate of unemployment overall, those aged 50 to 64 are more likely than any other age group to remain unemployed long term (two years or more).

The research also revealed a gender gap, as 38% of men who are unemployed for 24 months or more are aged over 50 compared to 35% of women.

While a high employment rate among older workers should be welcomed, the data shows that age discrimination may be at play in the job market said John Philpott, director of The Jobs Economist consultancy. “These data offer a timely reminder that the welcome rise in employment rates for older workers in recent years masks the reality many still face in the jobs market,” he said.

He added that employers must work to push for faster progress around hiring older people. “Unfair discrimination in hiring leaves older jobseekers frequently confronting a choice between long-term unemployment or joining the burgeoning ranks of self-employed odd jobbers. While employers are becoming ever more aware of the strong business case for employing and investing in older people, it’s therefore clear that much faster progress is needed," he said.

Stuart Lewis, founder of Rest Less, said that greater support for older workers is needed. “There are nearly 60,000 50- to 64-year-olds who have been out of work for more than two years, but this doesn’t take into account the many more who simply stop looking when they can’t find work and therefore drop out of the unemployment numbers," he said.

"Unless more support is provided we risk the creation of a ‘forgotten generation’ who can’t find work and simply stop looking – withdrawing from the labour market and often suffering from loneliness and isolation as a result.”


Lewis added that age discrimination and a planned increase to the state pension age spells further problems for older people. “Nearly nine years on from the Equality Act and we are still seeing overt age discrimination in the workplace with the over-50s more likely to be made redundant, to receive less workplace training, and to remain in long-term unemployment than their younger counterparts. This is all against a backdrop of an ever-increasing state pension age requiring many to keep working for longer than they planned," he said.

"While we are seeing an increasing number of progressive companies beginning to embrace the opportunity presented by this talented and flexible segment of the workforce, there are sadly still too many that have an outdated view of age in the workplace.”

Company must invest on older employees on training to keep them upto to the industry standards... older generation should share the knowledge to the younger one