Older women staying in work because of pension age rises 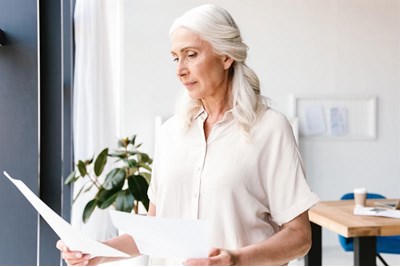 Stuart Lewis, founder and CEO of Rest Less, said the rapid increase in women’s state pension age since 2010 has had a profound impact on women in their sixties.

Until 2010 women could receive their state pension at 60. The Pensions Act 2014 started the process of equalising men’s and women’s pension ages, and of raising the eligibility age to 66 for everyone.

The state pension age will then rise for everyone to 67 by 2028.

“As well as adjusting to the financial implications of the new state pension age, the added frustration for many comes from the continued challenge to find meaningful work in their sixties when age discrimination in the workplace remains all too prevalent,” said Lewis.

Patrick Thompson, programme manager at the Centre for Ageing Better, said: “For the first time in the UK there are more women aged 60 to 64 in work than not. This is a seismic shift, with profound implications for the economy and for women in later life.

“For many women this will be a positive choice with work providing financial independence, an opportunity to save for retirement, meaning and purpose.

"For others this will be the culmination of inequalities that have built up over a lifetime, remaining in low-paid, insecure or poor-quality work and delaying retirement through financial necessity.

“The rising state pension age has clearly had an impact on women’s working lives. But while longer lives and changing patterns of work mean many of us can expect to work for longer it's vital that people are able to be in work that improves their current and later lives.”

The data analysed was provided by the Office for National Statistics in February 2020.