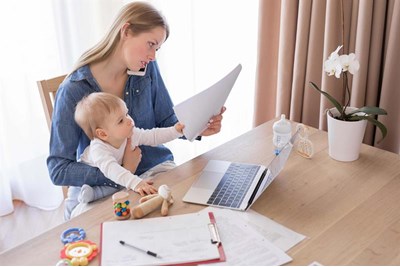 Research for the Women's Budget Group (WBG) Commission on a Gender-Equal Economy showed that women are more likely to feel the impact of economic challenges than men.

Two-fifths (43%) of women said they would struggle to pay an unexpected bill of £100 (compared to 30% of men), while more than half (54%) of women didn’t feel they would have enough savings to maintain a decent standard of living in retirement (compared to 37% of men).

Speaking to HR magazine, director of the WBG Mary-Ann Stephenson said changes in employment are the root cause of economic insecurity among women. “One of the main issues is the growth of insecure work, zero-hours contracts, and artificial self-employment [where someone is technically self-employed but carries out the same duties as a freelancer]. The effects of this can be especially damaging for women who are primary carers and might not know if they’ll be able to get the childcare they need,” she said.

“There’s a duty for employers to offer better ways of working, but it can’t just be down to employers’ policies alone. The government has got to lead the way in tackling income inequality and insecurity.”

Stephenson added that savings and pensions are a particular concern for women, especially in light of think tank the Centre for Social Justice recently suggesting raising the state retirement age to 75 by 2035.

Stephenson said that there are "huge issues" with the proposal. “It's unrealistic – in that you’ll find that you have people who just won’t physically be able to work. This will particularly be a problem for women, who have already been adversely affected by having to wait longer to receive their pensions," she said.

Women are likely to save only a third of the amount that men do, according to the Pensions Policy Institute, which found that women in their sixties have an average pension pot of £51,100, compared to men with £156,500.

Stephenson added: “For too long the world of work has been primarily based around the idea that men will do most of the work and women will provide most of the support for that to happen. We’ve seen that this way of working does not help men either, so primarily there needs to be a different model.”

The WBG research was featured in the RSA’s From Precarity to Empowerment report, which suggested that the government and employers must look at the role new technologies can play in improving women’s working lives.

The RSA's director of economy, enterprise and manufacturing Asheem Singh said in the report that: "Automation, gig work and artificial intelligence offer huge opportunities to enrich the human experience – but also real dangers.

“Women in particular are at risk. Whether it is algorithms that filter out women from certain job adverts or a gig economy that is increasingly gendered, we need to be alive to the danger and take action. We need more women in science and coding jobs and more conversations about gender and tech in workplaces and institutions. We must avoid at all costs a world in which prejudice by algorithm is an accepted part of everyday life.”

The RSA surveyed 2,048 men and women for the Populus survey.