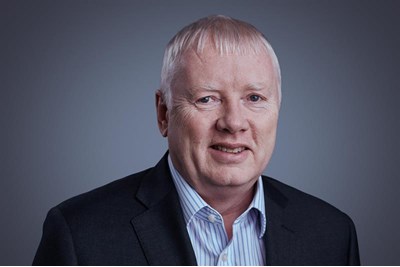 Maureen, you are so right. We have been unfairly treated. It is exhausting at age 62 to work full-time, keep house and take care of elderly parents. Our options have been stripped and without the ...

From 6 November 2018, for the first time in more than 70 years, men and women will receive their pension from the same age

This will be 65 for those reaching that age between 6 November 2018 and 5 December 2018, and then it gradually begins increasing, first to 66 and then to 67. This brings to an end more than seven decades of women receiving their state pension earlier than men.

While some may see this as a step towards equal treatment, it actually means women are a step back compared to men with pensions. The change to women's state pension age adds further weight to what we already know: that the pension gender gap is a concern.

Women on average have far less in their private and workplace pensions than men, leading to a significant gender pensions gap. Research carried out by Aegon shows that women are more likely than men to have no pension arrangements in place; 15% of women compared to 11% of men are failing to pay into a pension plan of any kind.

Aegon research shows that this difference is reflected in confidence levels among males compared to females. Thirteen per cent of men (compared to 6% of women) are very confident that they will have ample funds for retirement.

Looking to the future, the government’s auto-enrolment initiative should help. However, projections from the Office for National Statistics show that a man currently aged between 25 to 34 putting money into a pension in line with the government’s auto-enrolment contributions is expected to have a pension pot of £142,836 at age 68, compared with £126,784 for a woman in the same age bracket.

There are a number of barriers to women saving as much as their male counterparts for their retirement. A woman’s ability to save for retirement is often interrupted by breaks in her career such as to raise a family or care for elderly parents.

A woman’s ability to save into a private pension is severely limited if she is not earning. But under UK tax rules she can pay in up to £3,600 (including 20% tax relief) in such circumstances, which could come from the family’s total income.

Additionally, women can be disproportionately excluded from auto-enrolment if they earn below the £10,000 earnings threshold. Government data in 2016 showed that 31% of eligible female workers earned less than £10,000 a year. Women are also more likely than men to have multiple jobs, where they earn less than £10,000 a year in each job so miss out on auto-enrolment within each.

The equalisation of state pension age, and future planned increases, are a further prompt to women to think about how much they’ll need to save privately for a comfortable retirement.

Women in my generation born it the 50s were stay at home mums with their babies,do all the shopping 'cleaning and had their husbands tea on the table when they arrived home from work and I don't mean a microwave tea , real cooking . Later when the children went to school the took part time jobs to supplement the household income . Neither of these roles allowed them to put monies into a pension and are now left without any source of income until they reach at least 65 were many men are retiring at 60 having put money into a pension from the family income . I also have ageing parents now with dementia and would have been very beneficial for us to be able to care for them more before they go to a care home . Also spending time with grandchilden would be speciial I am in full support of the WASPI campaign to help women like me who are very annoyed as to the way we have been treated unfairly and unequally and maybe you can take on board as to why in your article the percentages of women are way behind those of men . It will never be equal even now as women are still the main carers

Maureen, you are so right. We have been unfairly treated. It is exhausting at age 62 to work full-time, keep house and take care of elderly parents. Our options have been stripped and without the time in which to plan an alternative financial strategy and socially this legislation has a huge effect by leaving no-one to care for our elderly or our grandchildren. WASPI is doing a brilliant job of raising awareness of this issue but the decision makers are blind to it. How about withdrawal of labour by all of the women affected by this unfair legislation ? I thing our country would grind to a halt.

How on earth were us 50s women able to find up to £50,000 (6yrs) in lost pension in such a short space of time. Women worked around their families, bringing up the children and generally working part time for low pay. Certainly no equal pay for them and certainly no equality now without a pension. Even with a pension it would never match up to that of the men. This government have completely ignored what is happening to many of these women, not to mention people on Universal credit having to use foodbanks to survive. Not only were their pensions robbed, but they moved the goal posts again. Instead of being able to claim a full pension after 30 yrs this government screwed women again by moving it to 35yrs. Yes there certainly is a Gender gap as wide as the ocean.

hi this is my first time at posting so here goes I was born in 1955 so I missed the age 60 pension which really made me angry as my sister who was born in 52 got hers at 60 , so up until a few months ago I was told I would get m pension at 65 yrs old . only to be told I now have to wait till im 66 so instead of getting it in 2020 its now 2021 . that's now 6 years they have stole from me . HOW CAN they keep doing this and getting away with it ,