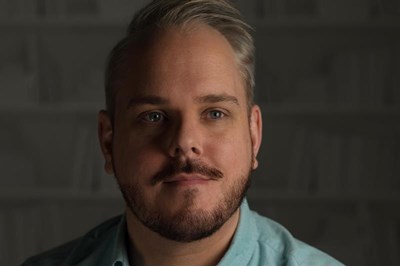 Employees are not saving enough for retirement, and often not even aware of the fact. Employers have a duty to ensure their workforces make appropriate plans for saving

I’ve recently rewatched all six seasons of One Foot in The Grave. The show told the story of Victor Meldrew, a grumpy, retired old man. But one thing that really stood out to me while rewatching was that Victor was just 60 when he retired. At a minimum I’ll be 68 if and when I can retire. The rise in the state pension age over the years was supposed to account for us all living longer. However, in 2018 overall life expectancy fell in what experts called “a trend not a blip”. A retirement of the length and comfort of Meldrew’s is something few employees will ever experience.

Retirement is now a privilege

The early retirement of Meldrew is now so far out of reach that the real expected retirement age is at least 70 years old, according to research from brokerage firm Charles Schwab. Being able to retire is now a privilege for the lucky or the rich. Low wage growth, high house prices, student loans and high rents have all been blamed for young people’s inability to put money aside for retirement.

Even for those in retirement now, a large portion are struggling. The Joseph Rowntree Foundation estimated that 16% of pensioners are living in poverty. Almost half (44%) of employers are worried that their older employees are going to retire with insufficient pensions, according to Buck's research. Insurer Royal London estimated that Brits need at least £260,000 to retire without worrying about money. That’s excluding the state pension which, as we found out recently, may be in trouble. The pot of money the government uses to fund the state pension will run out 20 years earlier than expected, according to the Government Actuary's Department, and young people are understandably now very frightened about what old age looks like for them.

Our youngest employees are displaying a worrying lack of awareness and education around retirement and pensions. Around 9% of UK employees opt out of their auto-enrolment scheme, with young women being most likely to. The calculations we are expecting people to make to work out how much they need in retirement and how compound interest works are complicated. Even more so when you consider eight million working-age adults have ‘below functional’ numeracy skills and five million have ‘below functional’ literacy skills, according to data from the Department for Business, Innovation and Skills.

It annoys me greatly when I hear people say that pensions aren’t that complicated. Usually the people saying this are middle-aged white men who have worked in pensions for decades. Many believe pensions are complicated – even the Bank of England’s chief economist agrees. In fact, the main political parties thought pensions were too complicated to even discuss in any detail during the recent general election. But even if you think pensions are easy, you’ll surely agree that the decisions we need to make around pensions like calculations and investments choices aren’t straightforward at all.

Financial wellbeing expert Jason Butler said something to me that really resonated. He told me that the way we position retirement to employees should be about showing them when work can become optional. I love the idea that retirement has evolved into a time of your working life when you can start to make some decisions about how and when you work, and money helps you to do that. So, although many of us expect to have to continue to work into our sixties and seventies, we can start to put one foot in retirement and make some decisions about the hours we need/want to work. This way even a small amount of retirement savings could have a positive impact in later life as we reframe what retirement means. I think that’s a much better message than the current expectation that we will all work until we are dead.

In the UK pensions have long had a bad reputation. Seen as complicated and untrustworthy, over the years employees have read stories of pensions scams and the mishandling of pension funds. But while trust in pension providers is low, trust in employers is the highest it has ever been, according to the 2019 Edelman Trust Barometer. Employers have a unique opportunity to do some good with this trust.

Last year the government was urged to push employers more on helping their staff with retirement. Despite the success of auto-enrolment, workplace savings have fallen by a third over the past two years according to data released by pension administrator Equiniti at the end of 2019. At least a quarter of 55- to 64-year-olds have built up retirement savings of just £8,500.

In 2018 the ONS and the CBI said employers ‘must do more’ to help their staff understand pensions and the retirement options available. Only around one in eight organisations say they are happy with the level of engagement their staff show with pensions. I believe there is a public expectation that the combination of state pension and minimum auto-enrolment contributions from employer and employee will be enough for retirement. I think employers need to start to communicate the ugly truth around shortfalls and the uncertain future of the state pension.

Hargreaves Lansdown's research into the behaviour of 53,000 employees in workplace pension schemes shows they are significantly more likely to up their own contributions if their employer offers to match it. The research also found that employees are 50% more likely to increase their monthly pensions savings based on good communications.

Whether it is encouraging and educating employees on pensions or other long-term savings and investments, employers are in a unique and timely position. The next five years is a perfect time for employers to have a hugely positive impact on the retirement outcomes for a large majority of their people.

Gethin Nadin is director of employee wellbeing at Benefex