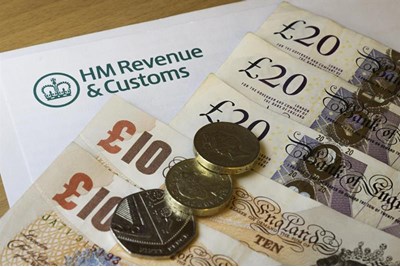 Published on 14 July 2020, the guidance advises those who are ineligible for the grant, have been ‘overpaid’ by the scheme, or claimed a grant in error, to pay the money back immediately.

Though HMRC has so far made no allegations of fraud, tax experts have said the new guidance suggests that ineligible individuals may not have been honest about their mistakes.

The department said it had made a large number of calls about the self-employed income support scheme.

The guidance warned any person who had received income support from the scheme in error could be fined and pay interest on the fine if left unpaid.

Fiona Fernie, tax dispute and resolution partner at Blick Rothenburg, said: “HMRC have not mentioned fraud but clearly there is a suggestion that some people who received it may not have been eligible and did not inform HMRC when they should have done.”

On the introduction of the Coronavirus Job Retention Scheme (CJRS) on 20 May, the government was criticised for overlooking the five million people in the UK who are self-employed – 15.3% of the overall employed population.

Six days later, it announced it would be introducing the self-employed income support scheme grant, yet those claiming this money were unable to do so until June.

Unlike employers, the self-employed were left navigating the benefits system without HR’s support.

There are also exceptions to who can make a claim for self-employed income support, including those who were self-employed for less than 12 months and all Personal Services Companies.

Considering the government’s approach to the self-employed throughout the pandemic, HR consultant Guy Pink deemed the latest guidance from HRMC “a very heavy handed approach.”

He told HR magazine: “HMRC set the rules and if they have messed up then it will place undue hardship on those who genuinely thought their support was agreed.

“To reclaim monies and to issue fines seems a draconian approach at a time when they should be providing the support needed for people to come out of lockdown without too many long term financial burdens.”

Melanie Steel, owner of People Change Expertise, also raised concerns that people may be wrongly penalised for genuine mistakes made due to the fast-changing nature of the pandemic.

She said: “The scheme rules were being issued in real-time, to enable schemes to be up and running very quickly by HMRC. Therefore, there are bound to have been genuine mistakes made, not just by the self-employed, but also by businesses, that will need to be addressed.”

Taxpayers concerned about their claims have been urged to check their claims and contact HMRC as soon as possible.

Speaking to HR magazine, Fernie at Blick Rothenberg added: “HMRC will be keen to ensure that the money from the government in the form of grants to support businesses, is reaching the correct people. There is no doubt that where they consider that inappropriate claims have been made they will pursue the matter and seek recovery.”