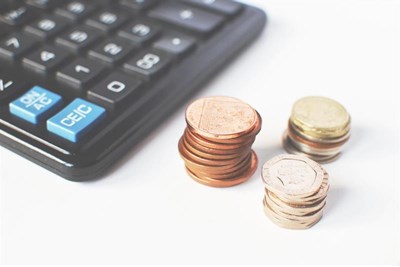 Companies need to be careful not to make mistakes when submitting furlough claims to HMRC, law firm Wright Hassall has warned.

The announcement comes as reports of fraudulent use of the Coronavirus Job Retention Scheme (CJRS) have increased, with companies now more at risk of inspections than ever before.

Tina Chander, head of employment law at Wright Hassall, said companies should be prepared to have their claims inspected.

“Until July 1 2020, employees designated as furloughed workers are not permitted to carry out any work on behalf of their employer. If an employee has undertaken work whilst furloughed, and the company has claimed their salary from HMRC under the Job Retention Scheme, the company will be at risk of fraud.”

Companies can repay any over-claimed money through the HMRC portal. Failure to do so will mean companies will have to repay any money they have received, plus further sanctions from HMRC.

Chander added: “The government has not yet indicated the sanctions that may be imposed, but these have previously included 'naming and shaming' the companies, requesting repayment of monies and issuing additional penalties.

“Government may also consider criminal investigation and prosecution. This is not something that should be taken lightly and, with HMRC’s spotlight focused on potential fraud, companies need to act quickly to ensure they have claimed the right amount.”

Alison Loveday, employment law specialist and partner at law firm Kennedys, said the number of fraudulent reports could spike when the scheme comes to an end, with disgruntled employees looking to get their own back.

She said: “There are undoubtedly employers out there that will have seen the scheme as a way of getting the government to pay their employees’ salaries while also getting them to work at the same time. While many employees may feel scared to report their employer right now, if they were to be made redundant that may well change. They would probably be more willing to dish the dirt.

“The figures of those reporting furlough fraud are likely to be the tip of the iceberg and I would expect to see a spike in reports after the CJRS finishes and redundancies start. This could be a mixture of genuine claims of fraud and spurious ones with employees creating mischief in an attempt to get their own back.”

Yet given the scheme was new to employers just a few months ago, Loveday said the potential to make a genuine mistake was high.

She added: “Employers need to take advice from their accountants or lawyers and make sure they have put in the correct claims.

“HMRC put up the portal for claims very quickly and didn’t have time to check everything. They said at the time that they had the power to investigate later. They also urged employees who were not happy to report their employer.

“Consequently, employers who have been misusing the scheme should not be surprised if the HMRC comes knocking at their door. Ignorance is no excuse, and with HMRC warning that individual directors will be ‘jointly and severally’ liable, it is essential that businesses make sure they have been claiming correctly.”