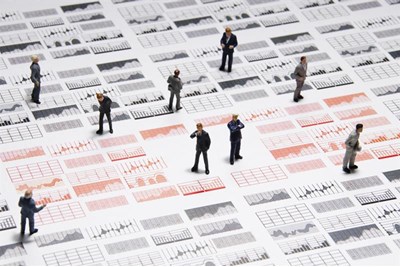 I don't think entering all zeros in reporting fields shows a lack of statistical competency in HR; I think it's fraud.

HR professionals must be taught to be statisticians if gender pay gap data is to be calculated accurately, expert warns

More than 30 employers are yet to correct mathematically-impossible gender pay gap data for the first year of reporting, despite the deadline for the second year of reporting looming, according to analysis of company filings by The Guardian.

It found that 35 companies have failed to file accurate data for the 2017 period and some firms that have already filed their 2018 figures have again filed mathematically-impossible figures. A further 725 companies have filed or resubmitted their figures since last year’s deadline.

Despite these inaccuracies, the Equality and Human Rights Commission (EHRC) has yet to fine any company for failing to comply with the legislation. As the organisation tasked with enforcing the regulation, it said it completed enforcement against 100 employers that submitted suspicious-looking data for 2017. However, inaccurate data is still visible on the government portal.

Labour’s shadow secretary for women and equalities, Dawn Butler warned that inaccurate data and a lack of sanctions enforced by the EHRC “makes a mockery of the whole system”.

Independent statistician Nigel Marriott said the findings support his own independent analysis of all 10,504 2017 submissions, which identified multiple ways the data was misused or misrepresented including one firm that reported a 220% gender pay gap when it is mathematically-impossible to have a figure higher than 100%.

“I demonstrated last year that 10% to 20% of companies have submitted incorrect data so there is clearly a lot of work to do,” he told HR magazine.

Marriott said he believes the “dodgy data” is due to poor understanding among HR when trying to calculate the data.

“While it is possible some organisations are deliberately falsifying their data, I have no doubt that the main reason is that people do not understand the meaning of the calculations being asked for and how to perform these calculations. We ask (in most cases) HR professionals who probably entered that field because they are 'people people' at heart, to now become statisticians. I cannot think of a greater contrast of personality types so if the EHRC wants HR people to be statisticians as well it is vital that the task of performing and interpreting the calculations is made as simple as possible.”

He warned that “dodgy data” could “discredit the whole exercise” of the gender pay gap, but cited confusing guidance around calculating the figures as a key cause of inaccuracies.

“When I see on the EHRC’s own website the following statement on how to calculate the median gender pay gap: ‘Median is the middle hourly pay rate, when you arrange your pay rates in order from lowest to highest’ then I can guarantee… that the majority of people will interpret that statement to mean ‘find the middle of the range between the highest and lowest paid i.e. if the lowest paid is £10 per hour and the highest paid is £50 per hour, then median is £30 per hour’. This is totally incorrect since the median is the person standing in the middle of a line of people who have been sorted in order of their hourly earnings.”

Marriott recommended more training for HR professionals to deal with the statistics.

A spokesperson for the EHRC said it has been working with organisations to help tackle inaccurate data.

“It is an employer’s responsibility to ensure that their figures are correct. Our enforcement against data that looked inaccurate or unlikely has found that they were a result of errors rather than a deliberate attempt to mislead. We have worked closely with employers to identify and correct errors and have written to those we believe to have inaccurate data,” they said.

“This has been a steep learning curve for employers and as they get to grips with the calculations it is likely that fewer errors will be made. As with any self-reporting law, employers can be asked in any reporting year to verify their historical figures and face enforcement action if found to be deliberately misreporting.”

But Wanda Wyporska, executive director of The Equality Trust, told HR magazine that employers’ inabilities to get their data in order “beggars belief”.

“It beggars belief that companies cannot and perhaps will not provide what is quite simple data,” she said, adding that these findings accord with The Equality Trust’s FTSE Fair Pay research, which will be released soon.

“We must ask whether companies are outsourcing this data collection or are they working with their HR teams?”

These findings come as the 30 March public body and 4 April private company deadlines to report their 2018 gender pay gap figures are nearing.

Last year more than 1,000 businesses failed to publish their gender pay gaps by the deadline of midnight on 4 April.

I don't think entering all zeros in reporting fields shows a lack of statistical competency in HR; I think it's fraud.