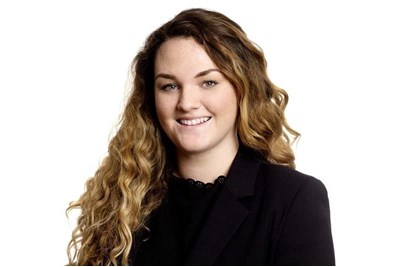 ​On 9 July 2020, the government announced that it intends to amend the legislation concerning the disclosure of certain types of criminal records.

How will the proposed changes increase employment for young ex-offenders?

The government has proposed that any reprimands, final warnings, or cautions received by an individual when he or she was under the age of 18 will be filtered from a standard or enhanced DBS certificate.

This will not include offences which are prevented from ever being filtered, such as sexual offences and safeguarding offences.

If brought into force, this change will mean that anyone who accepted a caution for most criminal offences while under the age of 18 will no longer have to disclose them to employers.

This will increase the pool of people who can be considered for certain jobs.

What does it mean for adult employees who are finding old cautions/convictions coming back to cause them problems later in life?

The government has also proposed that the ‘multiple conviction’ rule, should be scrapped. Currently, if a person has been convicted of two or more offences arising from the same incident, all of them would automatically fall to be disclosed.

If the government’s proposal is enacted, this will no longer be the case.

What do employers need to do now in regard to the DBS checks?

If the proposals are enacted, employers will be required to amend their application process to ensure they do not ask applicants about (a) cautions that were accepted while they were under 18 (other than those which are non-filterable), or (b) convictions which will now be filtered as a result of the removal of the multiple conviction rule.

Who will be affected the most?

Those who accepted cautions as young people will be the ones for whom these changes will be most welcome. There are numerous case studies of individuals who, when applying for employment, have been hindered unexpectedly by an old caution accepted when they were under the age of 18.

The changes will also benefit those who have convictions for multiple offences resulting from a one-off incident. These people have also historically been hindered when applying for employment.

Had they only been convicted of one offence at the time and never committed another offence, the single conviction would have been filtered. The removal of the multiple conviction rule will be especially welcome for people who have experienced a period of difficult mental health and, during that period, committed multiple offences resulting from one incident.

How is it likely to change/impact the recruitment landscape in the UK?

The proposed changes in the disclosure system will create more of a level playing field for those with cautions/convictions. It will mean that a greater number of individuals will be considered for roles for which they would not be considered under the current filtering system.

What should individuals be aware of in order to protect themselves against injustice?

Since 17 June 2013, DBS certificates have been sent to the individual and not the employee. Therefore, individuals are able to contest any entries which they believe should not be visible on a DBS certificate and taken into account by a future employer.

Individuals should inspect the certificate thoroughly and, after taking legal advice, challenge any entry they believe should not be disclosable on the certificate before disclosing this to the employer.

It is important to remember that the proposals discussed in this article are not yet law. They will be debated in both the Commons and Lords before coming into force later this year.