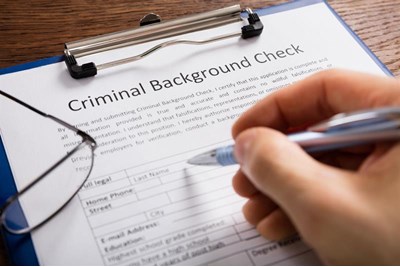 Employers and HR have been told to review their hiring processes, as the Supreme Court rules in favour of three people who claim their lives have been ruined by past minor criminal convictions

The judges said that the way criminal records are disclosed to employers is an infringement on human rights. They said that asking for all previous convictions to be disclosed – however minor – is ‘disproportionate'.

They announced their decision on 30 January following a government challenge against a Court of Appeal judgement in 2017 over the legality of the scheme.

The appeal ruling backed the High Court's 2016 finding that the scheme was "not in accordance with the law" within the meaning of Article 8 of the European Convention on Human Rights, which protects the right to a private life.

The Court heard from one woman, who was charged with shoplifting a book in 1999 while suffering from untreated schizophrenia and ended up with two convictions after failing to attend court. This led to her later being unable to secure a position as a teaching assistant despite her previous teaching experience.

Another case involved an individual who was arrested at the age of 13 for sexually assaulting two younger boys. Police records indicated the sexual activity was consensual and so it was decided it was not in the public interest to prosecute. He received a police reprimand and has not offended since.

But in 2011, when working as a library assistant in a local college, he was required to apply for an enhanced Disclosure and Barring Service (DBS) check because his work involved contact with children. The police proposed to disclose the reprimand, prompting the man to withdraw his application. He has since felt unable to apply for any job requiring an enhanced DBS check.

Unlock, a charity that supports people with criminal convictions, welcomed the ruling. It said that in the past five years more than one million youth criminal records were disclosed on standard criminal record checks that related to offences more than 30 years ago, causing distress and anxiety to those affected.

The charity provided an intervention to the Court to explain how the current system can unfairly discriminate against those with criminal convictions. Christopher Stacey, co-director of Unlock, said: “We welcome today’s judgement by the Supreme Court. Unlock intervened in this vital case to help the Court understand the importance of the issues,” he said.

“We are pleased the Court has ruled that the two aspects of the criminal record disclosure scheme are proportionate and in breach of Article 8 of the European Convention on Human Rights; in particular the blanket rules that require the automatic disclosure of all convictions where a person has more than one conviction, and the requirement that some childhood cautions be disclosed indefinitely.

"This is an important ruling that stands to affect many thousands of people with old and minor records who have been unnecessarily anchored in their past.”

Speaking to HR magazine, Stacey emphasised that yesterday’s ruling will not bring any immediate changes to the law in hiring people with criminal records. But HR should look at their current processes, he advised.

“What this means is that certain old and minor offences should no longer be disclosed on criminal record checks" he said. "We will need to wait to see how the government responds to the ruling, but in the meantime employers should look at their hiring processes to make sure that the way they deal with convictions is fair and proportionate.”