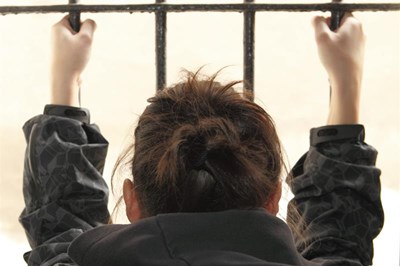 Women leaving prison were almost three times less likely to be employed on release than men, according to a report

It found that 11% of men were in employment six weeks after release, but the proportion of women in work within six weeks of release was just 4%.

The research from Working Chance, a recruitment consultancy for women leaving the criminal justice and care system, and the Prison Reform Trust highlighted that ‘too many women with a criminal conviction experience barriers to employment and do not receive adequate support’.

Researchers drew attention to the lack of available childcare support (as women are often the primary carer in their family), low pay, poverty, homelessness, domestic abuse, mental health issues, and short sentences (meaning women have little time for training or work experience while incarcerated that may help them gain work on the outside).

Katy Swaine Williams, senior programme manager at the Prison Reform Trust, told The Independent: “Poverty is a major factor in women’s offending. The UK’s very expensive childcare system means that it is very difficult for sole parents to go out to work. A driver for women’s offending is to shoplift to get food for their children. This is a systemic problem.

“Also many women are discharged to homelessness, so employment is not the first thing on their list. Instead it is having a roof over their head. They are also potentially coming out to a situation where they are forced to return to an abusive partner to avoid homelessness or encountering new abusive situations on the streets.”

One of the key recommendations from the report is a reassessment of the rules surrounding disclosure of convictions and cautions when entering the workplace.

DBS checks are now routinely conducted by employers, and come in variations of Basic, Standard and Enhanced. In Enhanced DBS checks criminal convictions that have been ‘spent’ still show up, and have the potential to impede reintegration into the workplace.

As social care is the most common area for women to work in (According to latest statistics from the House of Commons Women and the Economy report 21% of women work in the health and social care sector and 12% work in education) Enhanced DBS checks can disproportionately affect women.

Though this diligence is understandable for these professions Natasha Finlayson, chief executive of Working Chance, commented: “The key thing in HR terms is what happens to you with a conviction. Too many employers don’t care what the offence was, or what the sentence was, they just see there’s a conviction” and decide against employing.

“There is no more risk than there is with hiring anybody else. So many other people have broken the law, but actually haven’t had a conviction for it.”

Finlayson added that more education is needed about the benefits to businesses of employing ex-offenders, and that HR has an important role to play.

“HR should advocate within their companies against a blanket ban on employing anybody with convictions. They should play a thought-leading role within the organisation encouraging leadership teams to think about the nature of their workforce and to think about the role ex-offenders can play in a truly diversified workforce,” she said.