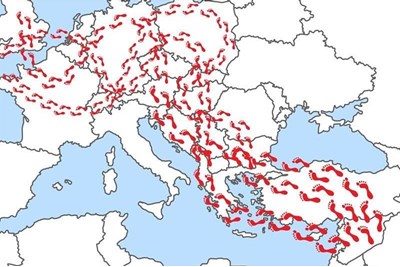 The government’s immigration bill has been criticised as hypocritical for its proposal to end ‘unskilled’ immigration in December, ignoring the fact that many low-earning key workers are EU nationals.

The Bill, which passed its second reading in the House of Commons on Monday (19 May), will end free movement between the UK and Europe from December.

It lays out an Australian-style points-based immigration system where points will be awarded for speaking English to a certain level, having a job offer from an approved employer and meeting a salary threshold of £25,600.

Home secretary Priti Patel has called the Bill “historic”. She said: “Our new points-based system is firmer, fairer, and simpler. It will attract the people we need to drive our economy forward and lay the foundation for a high wage, high skill, high productivity economy.”

Some professionals in the people sector have agreed. Nadia Simmonds, HR project manager at a construction company, told HR magazine: “This has thrown into focus the problem of the heavy reliance on the EU labour market to fill unskilled jobs.

“There will therefore need to be investment in developing, training and upskilling local UK talent. This investment would have to be supported by both government and local businesses to spread the responsibility. The existing apprenticeship levy in itself could be repurposed to focus heavily in this area as well.

“With a more skilled and trained workforce, employers would need to look at significant uplift to pay levels in order to attract local talent. Government could also look to align the National Living wage with the Real Living wage.”

Simmonds believes that the new system will help attract a more diverse, global talent pool which in turn could contribute to other countries’ national development. She added: “Opening up working holiday visas programmes to many other nationals would help this cause."

But the Bill has been lambasted by others, with critics saying it fails to recognise the enormous contribution ‘unskilled’ and low-earning foreign nationals make to British society.

During the coronavirus crisis, many of the UK’s frontline workers have been EU nationals.

According to the Office for National Statistics and the Nuffield Trust, almost a quarter of all staff working in hospitals and a fifth of all health and social care staff in the UK were born outside the country.

As Naomi Hanrahan-Soar, managing associate at law firm Lewis Silkin, explained: “The COVID-19 pandemic has brought into stark focus the importance of roles which are typically deemed lower-skilled by the Home Office and which the government does not plan to prioritise in the new immigration system from 1 January 2021.

"The UK needs more care workers, cleaners, fruit pickers, delivery drivers, construction workers and cable engineers. All of these roles are crucial for making our day-to-day lives work and they won’t just get filled by a waiting hoard of British nationals. In the wake of the pandemic, many countries will be competing to attract and retain nurses, care workers and crucial support workers to ensure their healthcare systems can meet the increased need.

“Free movement of people from the EEA has been key to filling these roles in the UK."

“To me that means that the government values strawberries more than it does elderly and vulnerable people and others who need care. It says that the amazing work care workers do every day is still not understood, recognised or respected.

“I am furious and saddened that yet again, social care is being ignored and pushed to the back of the queue in terms of its importance to the economy and society.”

In any case, the Bill will burden HR with more reporting and record-keeping duties as more employees come within the sponsorship system.

Additionally, the support businesses give to existing and incoming EU nationals is going to be critical in this time.

Hanrahan-Soar said: “Those who can qualify to work in the UK will be forced into a modified version of the existing system which is far more expensive and onerous than free movement. Employers should assess now where in their workforce they will most acutely feel the loss of EEA free movement and forward-plan accordingly. We can help them to analyse and strategise around this.

"There’s only just over six months until this all kicks in which really isn’t long. HR need to tackle this issue now so that their business is prepared.”

The news also follows the government’s discovery that the vast majority of UK employers currently lack the preparation to hire new arrivals from the EU in 2021.
Comments