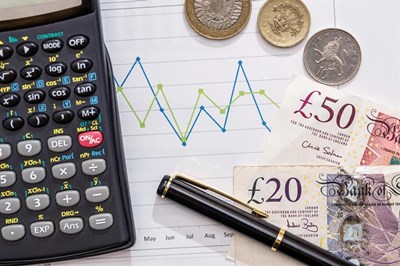 With billions of unused funds about to expire, the rules governing the length and content of apprenticeships may need to be more flexible or scrapped altogether

It was designed to “address one of the enduring weaknesses of the British economy”. But from the moment George Osborne announced the apprenticeship levy it has divided opinion.

A recent Freedom of Information request by the Open University (OU) found that £3 billion of levy funding in England currently remains unused, and from next month these funds will begin to expire at a rate of £120 million per month (lost money will be diverted into skills and training initiatives for non-levy-paying businesses).

To date just 19% of levy-payers have started new apprenticeships since the levy’s introduction, according to the OU figures, using up a mere 14% of the funding available to them.

With the April funds expiry deadline looming the debate around reforming the levy has intensified, with 42% of employers now calling for significant changes (also according to the OU). Some industries have called for it to become a general skills levy that would allow for the upskilling of existing employees in line with the needs of the business in question. Meanwhile other commentators have accused the apprenticeship system of being too bureaucratic, and as a result effectively locking out many levy-payers.

Last October, in an attempt to address such concerns, the government announced a series of reforms. These will come into effect in April and will allow employers to share up to 25% of their funds with other businesses in their supply chain. But are such reforms enough to quieten the critics? And with each sector facing its own unique challenges, is it even possible to find an apprenticeship system that works for all?

“We were promised a system where employers are in the driving seat”, commented Rob Wall, head of policy at the Chartered Management Institute (CMI). “Instead we have a system that is run by civil servants and is increasingly divorced from the needs of the economy.”

Criticisms of the levy are wide-ranging and concern the compulsory minimum 12-month employment contract, the 20% off-the-job learning requirement, and the limited choice of apprenticeship standards. The CMI argues that reforming the levy must also include removing the Institute for Apprenticeships from the charge of the Department for Education.

“Returning responsibility to the Department for Business, Energy and Industrial Strategy would ensure that skills and industrial policy were better joined up and send a clear signal of ministers’ commitment to an employer-led apprenticeship system,” added Wall.

According to Wall, any effort to reform the levy into a general skills levy must take into account the need for appropriate accreditation.

This is a view echoed by Karen Jones, group HR director at Redrow Homes. The housebuilder has already used more than 90% of its available funding. Jones conceded this was possible because the infrastructure for offering construction apprenticeships has long been in place. “We haven’t changed our behaviour. We decided not to let the tail wag the dog and to carry on doing what we were doing,” Jones told HR magazine.

Though she admitted that the system isn’t perfect – agreeing that standards take too long to get approved – Jones has found the digital apprenticeship service fit for purpose and cautions against straying too far from the original plan. “I’m not sure the government should be spending money on new quality assurance systems when there’s already existing frameworks and qualifications,” she said.

The trouble is that those existing frameworks simply aren’t flexible or inclusive enough, according to skills charity for animation, film, TV and games ScreenSkills. In a project-based industry where more than half the workforce are freelance, it is difficult for an employer to meet the 12-month contract criteria in order to take on an apprentice. Currently £35 million of the £75 million contributed by screen industries remains unused. “By the time [an apprentice] has done their end-point assessment it’s more like 13 to 15 months of employment,” said head of policy Mark Heholt. “A lot of small companies wouldn’t have an order book that long. And even the bigger studios might only be very busy for short periods of time during a production.”

Heholt said he welcomes the incoming reforms, but that they are just a “partial solution” to using up the billions of pounds of unspent funding. If another business in the supply chain was to receive transferred funds they too would face the challenge of having to recruit someone for the restrictive period of 12 months, he explained.

The charity has proposed the introduction of an Apprenticeship Training Agency (ATA), which would employ the apprentices and assign them to projects where they would then complete their training. Unspent levy funds would bankroll the proposed ATA with levy-payers able to transfer at least 50% of their unspent monies to the agency.

The Recruitment and Employment Confederation (REC) is proposing a similar level of flexibility to upskill temporary workers. For many recruitment agencies the bulk of their levy is accrued by temporary workers who are not employed directly but rather on assignment to a client and so are unable to complete a 12-month course. As part of its report How to Recruit Women for the 21st Century, the All-Party Parliamentary Group on Women and Work accepted the REC’s recommendation to broaden the apprenticeship levy in order to upskill temporary workers – particularly those in female-dominated sectors.

Sophie Wingfield, head of policy at the REC, told HR magazine that there are lots of short-term training courses that could help temporary workers achieve career progression, such as HGV or forklift licences, as well as qualifications related to care, catering and retail. “We think this can be done easily just by ring-fencing the recruitment funds, because we recognise that it’s really specific to our industry,” said Wingfield.

The idea of applying the levy rules on a sector-by-sector basis is a contentious one though. “I am doubtful of having different rules for different sectors,” remarked Heholt. “I think it could actually make things even more difficult. There needs to be sufficiently flexible rules so that any sector can make [the levy] work despite their different characteristics. Flexibility really is key.”

Whether that flexibility is on offer remains to be seen. The government has promised to consult with industry about how the levy will work post-2020, but that consultation has yet to take place. “Just tweaking around the edges doesn’t really make the difference and is no solution,” warned Heholt. “The whole purpose of [the levy] is to fill skills gaps and increase opportunity and diversity. For the government to say it can only be used in these very narrow ways is missing the point.”