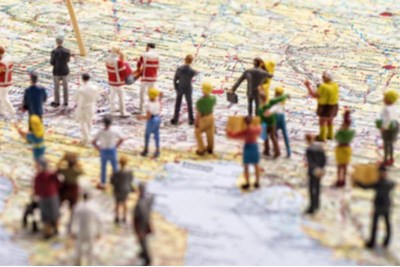 The UK government has revealed further details of its points-based immigration system, due to start on 1 January 2021

Promising to open the UK ‘to the brightest and the best’ talent and ‘end the reliance on cheap, low-skilled labour coming into the country’, the proposed system will lower some of the educational and financial barriers in place. The cap on skilled workers will also be scrapped.

The current system requires a university-level degree, yet the new briefing states that migrants will instead need A-Level or equivalent qualifications to be considered for entry via a general work visa (Tier 2).

It has promised the introduction of a fast-track global talent visa for highly-skilled scientists and researchers to migrate without a job offer.

As speculated earlier this year, the minimum salary threshold for those seeking Tier 2 visas will also be lowered, with all successful applicants requiring a job offer that pays at least £25,600 instead of £30,000. For employees in specific shortage occupations such as nursing, civil engineering and psychology it will be lowered further to £20,480.

The salary amendment was made following advice from the Migration Advisory Committee and has so far been positively received.

Laura Darnley, senior associate in the employment team at Brabners, said: “Though the end of free movement will pose some challenges for migrants seeking to come to the UK, the suggested changes to the points-based system will lower the barrier to entry in terms of minimum salary requirements for skilled workers.”

Yet some have criticised that there will be no specific route for low-skilled workers given some businesses are currently faced with significant skills shortages.

Tom Hadley, director of policy and campaigns at the Recruitment & Employment Confederation, said: “Skills and staff shortages are one of the biggest challenges facing the UK economy.

“Jobs the government considers low skilled are vital to wellbeing and business growth. The announcement threatens to shut out the people we need to provide services the public rely on. This would increase the likelihood of illegal working and exploitation.”

Construction, retail, health and social care sectors are expected to be the worst affected by an unspecified route for low-skilled workers.

Tijen Ahmet, legal director and business immigration specialist at Shakespeare Martineau, said: “Organisations must now be acutely focused on planning what action they can take to face the shortage of low-skilled labour from 2021, whether that is upskilling local talent and investing in staff retention or reshaping their recruitment focus altogether.”

Andrew Osborne, partner and head of immigration practice at Lewis Silkin, added: “Tier 2 will continue to be the main route for EU nationals to work in the UK from 2021, so employers will need to significantly increase their use of Tier 2 or apply for a Tier 2 sponsor licence if they do not already have one.

“This will burden HR with more reporting and record-keeping duties as more employees come within the sponsorship system.”