HRD Summit: Prepare for the worst with Brexit 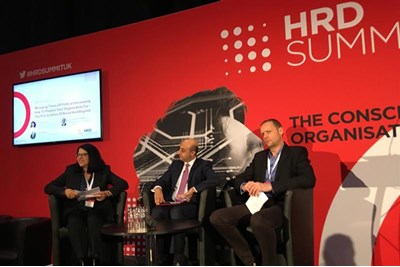 “Prepare for the worst and hope for the best” with Brexit, Jitesh Gadhia, MP, strategic advisor and board member of BGL Group and UK Government Investments, warned HR directors on day two of the 2019 HRD Summit.

Speaking on a panel on ‘Managing times of political uncertainty: How to prepare your organisation for the practicalities of Brexit and beyond’, Gadhia said: “We also need to be prepared for an extended period of Brexit limbo as, even if we do leave with a deal, the future relationship is yet to be thrashed out.”

“Each of these will have policy and process implications and the extent to which they will affect [people] will depend on whether they are already business as usual or if they’re entirely new issues,” she explained.

There are three key practical measures employers need to put in place to prepare for Brexit, said Ian Williams, HR director, global network at the British Council. These revolve around communication, talent planning and policies.

On communication, Williams said Brexit is the “same as any change programme” where “even if you don’t have the answers [we] need to communicate” with employees.

The British Council brought in an immigration advisor to hold sessions with UK-based EU staff to discuss their options, he explained, and committed to pay settled status costs for employees to show staff it cares about their concerns.

The talent planning focus involves spotting where gaps will emerge in the workforce, and targeting recruitment and growing internal talent to fill those gaps. This is something Williams predicted “might breathe new life into apprenticeships”.

Gadhia encouraged HR “to look in alternative places for talent” such as bringing people out of retirement.

He said “all companies need to prepare for a disorderly Brexit” and a no-deal scenario. “Each firm will need to do its own impact assessment,” he added. However, where large organisations are likely to have done such assessments he warned them to also consider whether the SMEs in their supply chains are prepared.

When asked how organisations can balance the need to remain productive with possible labour downturns, Gadhia pointed to the news earlier in the week that Nissan is to manufacture its new X-Trail model in Japan and not in its Sunderland plant as originally planned, citing Brexit uncertainty as a factor in the decision.

“On one level it’s important to distinguish between impact on the business and impact on the employees,” he said. “So in that case the 7,000 or so jobs in Sunderland appear secure for the time being and the announcement about the X-Trail is more to do with future jobs and associated investment. But when you have a business like that with a just-in-time supply chain things can take a wrong turn and suddenly what’s a business issue becomes a very stark employee issue.”

He recommended businesses keep a “balance” between broader business issues and direct employee issues, but conceded there “will be a blurring of that distinction”.

Birly added that businesses need to prepare for Brexit’s impact on global mobility.

“If you’re sending someone on an assignment it might affect their lifelong [immigration] rights,” she explained. Williams agreed, explaining that the British Council sends a significant number of employees on three-year postings overseas so has had to “look at mobility policies” including things like healthcare providers used in international locations.

“For settled status you need to have people in the UK for five years but we deploy people for three years so we could be breaking rules,” he said.

The panel went on to discuss the different priorities businesses will need to focus on depending on whether the UK leaves the EU with a deal or not.

In the event of a no-deal scenario Gadhia suggested firms “don’t waste a good crisis” as “crisis situations can be defining moments for an organisation”. Trust and confidence in politicians and the government will be at a low, he explained, so “where do you go for trust? Workplaces will become the place”.

“This can sound touchy-feely but use this time to get closer to your employees,” he recommended.

Gadhia added that if he had one piece of practical advice for a no-deal situation it would be to think of the supply chain issues. If a deal is struck, however, the priority should be “making sure you have a proper skills map for what the organisation needs now and in the future”, he said.

For Williams, in both eventualities communication should be the principal focus. But if a no-deal outcome arises “line managers should also be briefed to deal with contract changes when they will have to make immediate decisions”.