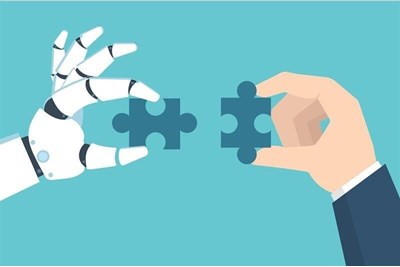 The more ‘human side’ of the workplace will become increasingly valuable as life become more automated, said author and associate professor of mathematics at UCL Hannah Fry.

Fry’s keynote on the closing day of the CIPD’s Festival of Work challenged perceptions of automation, artificial intelligence (AI) and algorithms, and why the workplace will always need the human element.

In an example of the Turing Test, the means of determining whether or not a computer is capable of thinking like a human being, Fry showed delegates that it can be difficult to tell the difference between a human and machine.

If, for example, the words “pizza” and “banana” are submitted secretly one by a machine and the other by a human is it possible to tell, based on the word alone, which one of them was a human choice? If one of the options was the word “human” would you necessarily believe that it wasn’t the robot trying to fool you?

With this thought experiment, Fry illustrated the concept, and the fear, of machines taking over jobs and the workplace.

She said: “We often think of machines as a direct replacement for humans, because you can very easily swap one in and swap one out.

“Actually, innately we know, even when we imagine long term into the far future when machines are incredibly capable, that humans and machines approach things differently, see the world differently, and are just very different beasts."

What Fry went on to describe then was the need for the “human element” at the centre of digital developments. In the workplace, this task is seemingly made for the people profession.

Speaking to HR magazine consultant Simon Health, one of the delegates attending the Festival of Work, agreed with Fry, yet said that putting this “human element” into workplace technology was not just HR’s responsibility.

He said: “HR are often unique in having a much more holistic view of the organisation and where people are deployed. I think rather than AI being valuable to HR, it’s how HR can impact AI to help bake in human needs to digital processes.”

She said: "We know this requires us to use more of our emotional intelligence and judgement rather than just logic. The world of work is continuing to change at pace, and many of the challenges we face are complex. We therefore need to spend more time on developing a suite of solutions as one size will not fit all, in partnership with leaders and colleagues.

"In learning and development, it will be great to see the advancements to enable better personalisation to the learner. Similarly in leveraging transactional workforce data which should result in better predictions in lots of areas including identifying potential, flight risks and the consequences of a new shift pattern."

When it comes to considering how to upskill people to succeed in an AI-driven world , Fry said that the idea that people need more training to cope with automation is something of a misnomer.

“I think that really the world of automation isn't so much about humans needing to upskill, as much as I think it's about us needing to design automation to support human decision-making rather than necessarily to replace it.

“The human first approach starts by noticing that all of those things that humans are really bad at, like paying attention, being totally and completely aware of your surroundings, performing under pressure, those are the exact things the machine are really good at.

“So while we still have machines that are not perfect, I think it's about switching it on its head and letting the human be the one in the driving seat.”

Most in-demand skills for HR named in CIPD survey

Upskilling and human digitisation at Henkel