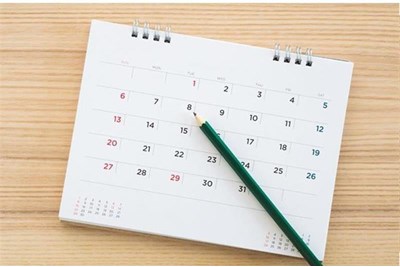 Heralded as a safety net by many, the government’s Coronavirus Job Retention Scheme (CJRS) has supported the livelihoods of 9.6 million people and 1.2 million businesses to date.

However, as the scheme draws to a close some organisations’ acceptance of furlough money has become controversial. So has furlough been good for business overall? Or, for some, could the scheme have done more harm than good in the long run? And what should happen next?

The scheme has been absolutely crucial; the numbers of employees who have been furloughed just shows the need for it. I think it has helped to protect employment and to minimise redundancies over the first phase of the crisis, so it has been a very positive response by government and obviously the challenge now is how employers respond to the winding down of the scheme.

Individual businesses have made judgements on whether they should continue to benefit from the furlough scheme – whether they need to, and probably for some businesses there's an ethical consideration as well where if they don't need it from a business survival perspective or to prevent wide scale redundancies, should they access that level of support?

For some businesses it is around their reputation or it's about their values as an organisation which has meant that they have decided not to claim or pay back in certain circumstances.

The government has shown that it is taking account of developments in terms of the pandemic and the economy, so I think there is a strong case for government to consider some form of support to continue to help protect jobs after the closure of the furlough scheme, possibly some sort of short-time working subsidy to support sectors which have been hardest hit by the pandemic and ongoing restrictions to business activity.

The CJRS was a very bold and well-targeted intervention in the economy. It was announced just in time to save millions of jobs across the country.

Our brief changed overnight from planning mass redundancy exercises, to helping employers to place their employees on furlough leave. However, big brand names quickly found that taxpayers loudly vented their anger where they considered the CJRS was being abused to increase shareholder profits.

In my experience, the vast majority of employers have not abused the CJRS. Many businesses did not know just how badly their business would be affected by the pandemic, so they made the strategic decision to furlough staff in order to protect the business and jobs.

Some have since found that their business was not as badly affected as they feared and are choosing to voluntarily repay what they claimed. That does not mean that they abused the spirit or the law of the CJRS. Sadly, hindsight is a marvellous thing; they could not predict the future, any more than you or I could.

This article is the second part of the September/October 2020 hot topic. Click here to view part one.

The full piece appears in the September/October 2020 print issue. Subscribe today to have all our latest articles delivered right to your desk