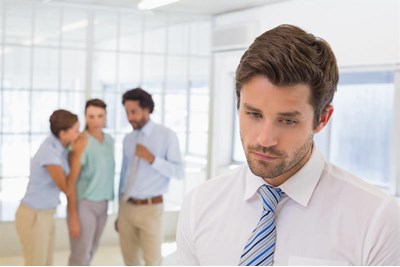 Generation X men who work full time in the public sector are the most unhappy work, according to research from OC Tanner Europe

Of the 476 UK adults questioned about how their job affects their health, 54% of men said they were able to balance their work and their personal lives. This compares to 59% of women.

More men (32%) than women (28%) admitted to their job having a negative impact on their physical health and worry that their job is hurting their ability to be happy in other aspects of their lives. Nearly a third (28%) of men feel their job is having a detrimental effect on their health.

By age bracket, just over a third of Generation X (34%) workers, born between the mid-'60s and the early-1980s, stated their job is damaging to their health, compared with a quarter (26%) of Millennials.

Those who were working part time were found to have a better work/life balance than those working full time. However, this depended on whether they received salaries or were working for an hourly wage. More than a third (37%) of hourly wage workers admitted that their job had a negative impact on their health, compared to 29% of salaried workers.

Robert Ordever, managing director of OC Tanner Europe, told HR magazine that Generation X has seen a significant amount of change at work which may contribute to them feeling under pressure.

“Millennials haven’t seen as much change in the way of technology in their lifetime, they’ve always used emails and have to rely on it some way. If you look at older generations you can see the way they work has completely changed; ‘always -on’ culture was something they didn’t have to deal with,” he said.

“Leadership has changed too; the wants and needs of the workforce are different and business leaders have had to adapt their style."

While people should treat assumptions about particular groups with caution, men might be less likely to admit if there is a problem at work, Ordever added.

“I don’t want to make too many generalisations, but we can see that men are clearly less likely to have a strong work/life balance, which might have something to do with the age they were brought up in: when men were taught to ‘get on with it'.”

He added that with public sector workers facing increasing cuts and complicated processes, it was “unsurprising” that they were the most likely to experience stress. A workplace culture where work/life balance is a priority is key to a happier workforce, he said.

“With workers’ health directly linked to happiness levels, it’s time for organisations to invest in a workplace culture that makes staff wellbeing a top priority. By encouraging a good work/life balance and a ‘stressless’ working environment where staff appreciation is king, a happy, engaged and healthier workforce will result.”