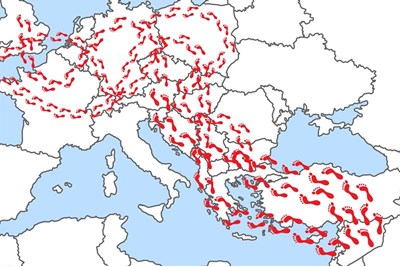 Hiring plans are being affected by worsening skills and labour shortages, partly as a result of a drop in the number of migrants working in the UK

The latest quarterly Labour Market Outlook from the CIPD and The Adecco Group showed that while the short-term outlook for employment remains strong, labour and skills shortages are accelerating.

The survey’s net employment balance – a measure of the difference between the proportion of employers who expect to increase staff levels and those who expect to decrease them – has remained positive at +22 (compared to +23 in the third quarter of 2018).

However, among employers who currently have vacancies seven in 10 (70%) reported that at least some of their vacancies are proving hard to fill, higher than in Summer (66%) and Spring (61%) this year. In addition, more than two in five employers (44%) said it has become more difficult to fill vacancies over the past 12 months, while more than a third (34%) said that retention pressures have risen during the same period.

The CIPD said that, contrary to the popular narrative, the labour supply shock is being driven primarily by falling interest from migrants from outside the EU. The number of non-EU-born workers in the UK decreased by 40,000 between Q2 2017 and Q2 2018, compared with an increase of almost 225,000 during the same period the previous year.

Employers expressed concern that the route for recruiting EU citizens to fill lower-skilled roles recently proposed by the Migration Advisory Committee (MAC) won’t be enough. The MAC's report on the matter recommended that a new economic migration policy should give greater preference to highly-skilled workers while restricting access for lower-skilled workers.

Gerwyn Davies, senior labour market adviser for the CIPD, said that the UK is no longer a desirable place to work for non-UK and EU citizens, and that a fairer system is needed.

“The data implies that the pendulum has swung away from the UK as an attractive place to live and work for non-UK born citizens, especially non-EU citizens, during a period of strong employment growth and low unemployment. This has heightened recruitment difficulties for some employers. It also underlines the risk that more non-UK-born citizens and employers will be discouraged from using the post-Brexit system if more support is not provided and it is not made simpler, fairer and more affordable; especially for lower-skilled roles,” he said.

Davies added that businesses must be prepared for challenges post-Brexit. “Against the backdrop of a tight labour market, failure to do this will heighten recruitment difficulties and could lead to negative consequences for existing staff, such as higher workloads, and loss of business or orders for firms," he said.

"It’s vital that businesses understand the workforce challenges they face, and make the relevant investment in skills and adopt the right people management practices to boost productivity in their organisation.”


The survey is based on responses from 1,007 HR professionals and senior decision-makers in the UK.