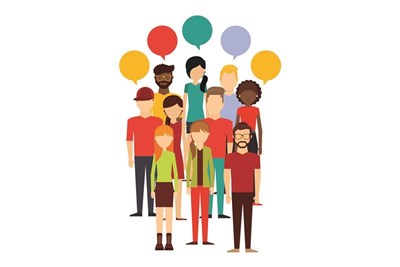 Employees feel unable to share their concerns on workplace issues, which is affecting their wellbeing and job satisfaction

The Centre for People, Work and Organizational Practice at Nottingham Trent University asked respondents which issues they experience in the workplace, and whether they feel able to raise them.

The research found that a significant proportion of employees feel unable to share matters that are important to them as individuals, as well as those that could enhance the way things are done in the organisation.

Only a quarter (25%) of all employees indicated that they feel able to freely express themselves at work, with the same proportion (25%) reporting that they often choose not to speak up even though they have something they’d like to say.

The data showed that work pressure is the most common issue experienced by employees (43%), while just under a third (29%) have been affected by considerable organisational change. More than a fifth (22%) of those who have raised an issue at work felt that they received no advice or support.

The most common channel for voice among respondents was one-to-one meetings with a line manager, with 62% expressing their views through this channel. Almost half (49%) of employees said they express voice through team meetings, while only 17% mentioned trade unions as a channel.

Nottingham Business School professor and co-author of Talking about voice: employees’ experiences, Daniel King, told HR magazine that empowering staff to speak up can be beneficial for innovation. “We found that an individual’s human voice (having self-expression at work) and an individual’s organisational voice (to improve practice) positively affected innovation," he said.

"This is because employees offer insight and knowledge that management can lack by virtue of their hierarchical position. Second, voice can offset burnout. Our research shows that human voice diminishes burnout and strengthens organisational commitment. Promotive voice negatively predicts burnout and has limited impact on commitment.

“These findings are important in the context of creating good work and quality jobs, because they point towards factors that can empower or disempower people in shaping their working lives.”

Helen Shipton, professor of human resource management and co-author and director of the Centre for People, Work and Organizational Practice, who was lead researcher on the project, said that a combination of feeling "psychologically unsafe" at work and a lack of opportunity have led to issues here. ‘We found a high proportion – more than half of all the employees in our sample – feel either neutral or negative about the amount of psychological safety they experience at work," she said.

"Psychological safety represents how safe people feel at work, and the degree of risk they are willing to tolerate. Low psychological safety seriously undermines employee voice, as people are afraid of the consequence of sharing issues that matter for them. Some of this is also about opportunity. About 10% of employees reported they did not have access to the formal channels to express their voice."


HR can play a significant role in encouraging employee voice, Shipton added. "HR practices have a lot to do with facilitating voice within an organisational environment. First, we found that leadership in particular plays a strong role. Ethical leadership, manager solicitation of voice, and trust in management had a strong impact on how much people feel able to express their voice," she said.

"When these leadership qualities were low, both forms of voice, but human voice in particular, were significantly diminished. Another important aspect was the quality of the HR practices; when employees feel that they are receiving the training they need, are kept informed about what is going on in the organisation, and feel that the appraisal system is fair, both forms of voice show substantial increases."

The research was carried out by the Centre for People, Work and Organizational Practice at Nottingham Trent University's business school in partnership with the CIPD and YouGov, and questioned 2,372 employees across the UK.