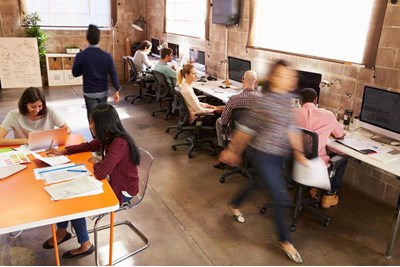 Cultural fit has a large bearing on productivity and attrition, but this is still a blind spot for HR

Employees who feel they 'fit in' at an organisation are significantly more productive, research from ThriveMap has found.

The survey revealed that employees who felt they fit their role and the culture of their employer rated their productivity 7.2 out of 10. This compares to just 5.3 out of 10 for those who felt they were a poor fit on both these counts.

The findings also suggested that honesty and transparency at interview stage are vital. Almost a third (32%) of employees had left a job as the culture wasn’t what they expected it to be, and 71% said they’d take an assessment at the recruitment stage if it showed them the realities of the role and culture.

When asked the most common reasons for leaving an organisation that relate to cultural fit, 56% said they left because of the approach of senior leaders, followed by the behaviour of colleagues (53%), everyday management (52%), a lack of career development (21%) and work/life balance (21%).

The research found that cultural fit is still a potential blind spot for HR. While 96% of HR leaders surveyed said that recruiting for cultural fit was crucial, just 11% said they are satisfied with how they hire for this.

In research conducted by ThriveMap last year, 77% of employers admitted to using gut feel when assessing candidates for cultural fit.

Chris Platts, co-founder and CEO of ThriveMap, said: “This research confirms that feeling at home within an organisation has a direct impact on an employee’s productivity. Employers need to re-evaluate their hiring processes to objectively measure their culture and ensure they can accurately identify employees that will thrive within it.”

Platts added that an effective hiring process should focus on the 'three Cs' of capability, commitment and cultural fit.

“Getting this right can have an enormously positive effect on employee retention, employee engagement and, ultimately, the overall success of the organisation," he said.