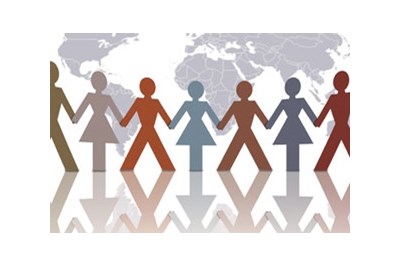 HR must receive board level buy-in on diversity and inclusion (D&I) to make a difference to the bottom line, according to a report by The HR Lounge and Astar-Fanshawe.

The study found that HR departments "face an uphill battle". Unless HR can get the leadership of their organisation to understand the business benefits of D&I, it will "slip down the agenda", it warned.

A lack of focus

Angela O'Connor, founder and CEO of The HR Lounge and co-author of the report, said much of the work being done around D&I amounts to "endless initiatives", with a lack of focus on the "fundamental purpose of doing it".

"D&I must not be something separate, it has to be central to the way the organisation works," she said. "HR teams need to leverage more influence with the board to educate, inform and persuade them diversity is not an add-on, but the lifeblood of successful organisations. Without leadership, and unless it is clearly linked to the business strategy, D&I can become a tick-box exercise that HR gets landed with."

The study of 217 executives, directors, senior management and management found D&I to be part of the recruitment policy in 95% of organisations, but only 28% include it in board recruitment. And just 4.5% "strongly agreed" the diversity of their board reflects that of their customers.

Tone at the top

"There cannot be any disconnect between the board and the HR department - the CEO has to truly believe in it and embrace it, they can't just delegate it to one individual," she said.

O'Connor said it takes an HR director who is "strong, opinionated and understands the benefits of the business" to be able to push these ideas through.

She said too many HR directors are going to boards with a "generic, bland approach", and that HR directors need to be clear about what matters to the CEO, chair and non-execs in order to get them on board.

"I'd like to see HRDs with a bit of backbone, a bit of resilience, getting involved and talking to the board," she said. "Being able to influence, convince and sell these ideas is crucial, and if the approach of the HRD is to just write a policy, then it's not going to happen."

The study also showed that only 19% of respondents "strongly agreed" that D&I policies are clearly linked to the business outcomes of the company.

Andy Dodman, HR director at Sheffield University, said a lot of companies teach diversity as a "tick-box approach" because they view it as something they have, rather than want, to do.

"HR needs to be very direct when approaching the board and say, 'If you don't take this seriously then you're going to limit the quality of people you have in the organisation'," he said.

"Boards must understand this isn't a quick fix - it's a process that can take a few years to see any kind of ROI," he added.

Dodman explained that Sheffield University's approach to diversity was to try to show how D&I initiatives work. "We told a lot of stories and used a lot of case studies and made people realise that sometimes you can use more than just metrics and quantifiable statistics to see the success in something," he said.

"HR departments need to go into the organisation, set up diversity networks and share experiences of good and bad practice. It's also about looking at diversity from a bottom-up approach."