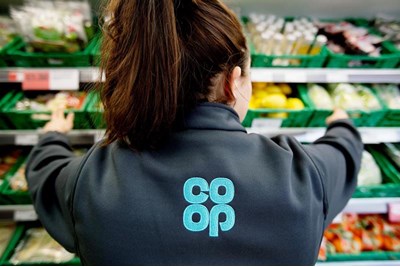 Shop floor staff are paid between £1.50 and £3 per hour less than those working in depots and distribution centres.

Law firm Leigh Day is representing the employees, who are asking for up to six years of back pay.

The firm said up to 50,000 current and former Co-op Food employees could be entitled to make a claim as the difference in pay is discriminatory.

It has estimated that an average Co-op Food shop floor worker could be owed £10,000 if the claim is successful.

The Co-op told the BBC said it was “confident that our reward practices are fair”.

Chris Benson, Leigh Day's head of employment, said the store employees felt they were being "underpaid for the same effort", and that have "quite a lot of responsibility" with little time to have a break or go to the toilet.

"The Co-op is a good employer. You wouldn't expect it to discriminate on the grounds of gender," he added.

Anita Rai, partner and head of employment at JMW Solicitors, told HR magazine it will be a very difficult, complex and time-consuming task for employers to work out which roles they should be comparing in equal pay claims.

“Historically we would not have seen warehouse staff being compared to shop floor staff. When they do carry out the comparison exercise it will not be easy to work out what is comparable.

"Warehouse staff – who are still typically mainly men – could argue that they risk more in terms of health and safety than traditional shop floor staff, and that is why they are being paid more,” said Rai.

Rai added that if the Co-op’s shop floor staff are successful employers are likely to find a lot more employees trying to argue that their roles are comparable with higher-paid colleagues of the opposite sex.

She suggested that employers include clear job descriptions in job specifications and are able to demonstrate that they can justify their pay differentials objectively. “This should be done proactively rather than reactively once a claim is received,” she said.

Co-op Food’s case is one of a number of other recent equal pay claims against the ‘big five’ supermarkets.