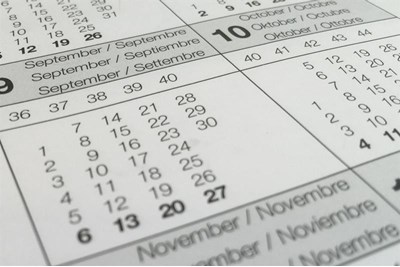 The scheme will continue with the government paying up to 80% of furloughed workers’ salaries of up to £2,500 per month until the end of July 2020.

Some much requested flexibility will then be brought into the scheme from August to October, with employers allowed to bring back furloughed workers part time.

Employers and the government will both contribute towards employees’ salaries, although it is not yet clear how the cost will be split.

According to a CIPD survey, 76% of firms have already put at least some of their workers on furlough through the scheme, since applications opened on 20 April.

Workers are currently not allowed to engage in any work for their employers while on furlough.

The news has been embraced by the CIPD which had strongly campaigned for the scheme’s extension.

Peter Cheese, chief executive of the CIPD, said: “These changes will give businesses the breathing space they need to bring people back from furlough gradually on reduced hours as lockdown measures are unwound.

“Without this, it’s very likely that the government’s job retention scheme would have proved to simply be a 'waiting room for unemployment’.

“The scheme has already saved as many as four million redundancies being made and will now continue to help protect jobs as the economy slowly recovers.”

Companies who currently have staff on furlough were also pleased to see the scheme extended.

Sally Hopper, assistant director of HR at Hertfordshire County Council, said: “The extension of the furlough scheme will be welcomed by millions and come as a great relief.

"The clarification provided by government will help employers to plan for a phased re-opening and return of their services and businesses in the coming months.

“For employees, I don’t think anyone wants to be furloughed, but knowing the job retention scheme is in place provides much needed assurance if you are not able to do your job right now."

He said: “How [the new furlough scheme] works in practice remains to be seen as many businesses will not be in a position to share the cost to ‘top up’ the salaries of its staff, even with the option to bring employees back part-time.

“Businesses need to strike a balance to avoid issues with returning to work too quickly and the possibility of redundancies as they navigate the myriad of complex issues and employment law consequences resulting from the pandemic.”

Andrew Secker, employment partner at Mills & Reeve, added that the revised furlough scheme was likely to be a big adjustment.

He said: "The changes to the furlough scheme coming into effect in August, both to reflect the sum to be contributed by the employer and permit part-time working, will likely necessitate yet more work for HR as they give effect to these in the arrangements with furloughed workers.”

Like Palmer, Secker also expressed concern about employers’ ability to ‘top-up’ salaries no longer subsidised by up to 80%.

He added: “Do you still furlough all eligible employees as the moral and right thing for an employer to do? Or, as happens in any financial downturn, is now the time you look at reducing your workforce to reflect what is sustainable in the longer term?”

“My guess is that many organisations will look at the latter if not now, by early summer.”

Further detail on the scheme is expected to follow by the end of May.