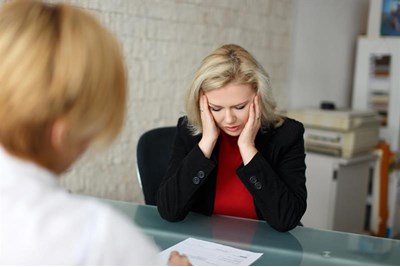 Being made redundant is the number one concern for employees at the moment, followed by taking a pay cut or catching COVID-19 at work.

According to a new report from management consultancy LHH, a quarter of HR leaders also said that they believe companies were not handling redundancies and layoffs as well as they had before the outbreak.

Together, these concerns led to 88% of employees' morale having been impacted, and 83% said it affected their productivity.

The difficulties in maintaining employee morale, general employer confidence and perception and handling redundancies meant 93% of HR decision makers stated that they felt under more pressure than ever before.

Kate Palmer, associate director of advisory at professional services firm Peninsula, told HR magazine: “No business owner could have predicted the demand to be placed on HR departments this year, and it isn’t surprising that almost all of those surveyed have experienced mounting pressure.

“Being the ‘people’ department during a crisis such as this is never easy as the effects on individuals can be so wide-ranging and sometimes severe. What can’t have helped is the almost constant moving of the goalposts in the Government scheme for those on furlough.

“Employees tend to rely on their employer in times like this to offer stability and guidance, and when that is extremely difficult, it can be the HR department that takes the brunt.”

One third of HR leaders were also concerned employers would not be dedicating resources to outplacement services which helps former employees find new jobs, as part of their COVID-19 response. This is despite 65% believing it is necessary.

“Due to the impact of COVID-19, job stability will no longer resemble what it used to and the current worries and anxieties felt by the workforce right now are unlikely to subside for a long time.

"[...] How organisations treat, support and communicate to employees, both those staying and departing, during this time will have a huge impact on their efficiency, productivity and brand reputation in both the short and long term. We’ve already seen too many examples of businesses making knee-jerk decisions based on cost that could actually have a more damaging long term impact.”

LHH’s Redundancy Rethink report is based on the opinions of 1000 UK employees, and 300 senior HR decision makers. It was conducted in May 2020 in partnership with Censuswide.