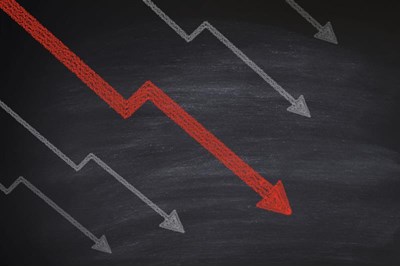 ​MPs have been accused of watching from the side-lines rather than stopping job losses by TUC general secretary Frances O’Grady.

This was in response to the latest Office for National Statistics (ONS) figures which found the number of workers on UK payrolls was down 650,000 compared with March 2020.

Vacancies in the UK in the last three months were also at the lowest level since the ONS Vacancy Survey began in April to June 2001, at an estimated 333,000.

O’Grady said the figures were a national disaster waiting to happen.

She said: “Ministers are watching from the side-lines, instead of saving jobs with targeted support for the hardest-hit sectors like retail, manufacturing and aviation.

“The more people we have in work, the faster we will work our way out of recession. If the government doesn't go all out to protect and create jobs, the economic crisis will be longer and harder.

“We can create jobs by fast-tracking infrastructure projects. This would speed up the delivery of faster broadband, more childcare, green technology, modern transport and housing. And it would create over a million jobs across the UK."

The largest falls were seen at the start of the coronavirus pandemic and despite the numbers still falling, the rate of decline is slowing.

Hours worked had reached record lows both on-the-year and on-the-quarter.

There are still a large number of people temporarily away from work, including furloughed workers, although this fell through May.

The ONS predicts half a million people are away from work and receiving no pay due to the pandemic.

Kirstie Donnelly, CEO at City & Guilds Group, said the figures were a sign of the importance of providing training and jobs to those most in need.

She said: “As well as supporting young people, we need to ensure that people of all ages, particularly those from lower socio-economic groups, or people displaced from industries badly impacted by the pandemic have the opportunities to gain the new skills they need to access meaningful employment.”

Pay fell more in industries where furloughing was most prominent, particularly in typically low-pay industries such as accommodation and food service activities.

Andrew Willis, head of legal at Croner, said HR should bear in mind the best methods of potential redundancy measures.

He said: “Staff must be chosen in a fair and open way, preferably through a scoring criteria that focuses on attributes such as skills, experience and qualifications.

"If more than 19 members of staff are to be made redundant, the employer will also need to implement a collective redundancy process. It should also be noted that furloughed staff can be made redundant at any point provided the correct procedure is followed.”

The Job Retention Scheme, which was set up to protect jobs while businesses recover, will be wound down towards the end of October.

Willis added: “It currently remains unclear what direction these figures will go in as the furlough scheme is wound down and employers lose the life jacket provided by the scheme.

"That said, the government is committed to restarting the economy, with the hope that the general situation will improve going forward.”

Government has attempted to incentivise employers to keep staff on until at least January 2021 by offering them £1,000 per employee if they can retain them until this time.