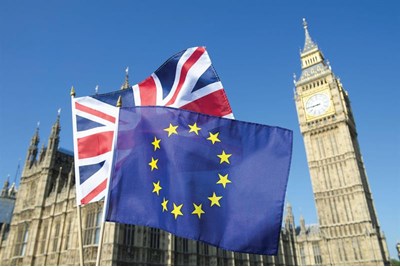 With little clarity from the government over Brexit, there’s still much HRDs can do in terms of workforce planning

What a start to 2019. First came the largest defeat for a sitting government in history, courtesy of the delayed vote on Theresa May’s Brexit deal. Then came May’s survival of another no-confidence vote, with Jeremy Corbyn subsequently refusing to engage with cross-party talks unless a no-deal scenario is ruled out.

But instead preparations have ramped up. Ministers issued a notice calling up British army reservists to help tackle the impact of a no deal. While the civil service revealed plans to move up to 5,000 staff into an emergency command and control centre.

Suggestions and demands about what the government must do next have come from all quarters, with the Irish backstop a key sticking point for the DUP. The Liberal Democrats are calling for a second referendum or ‘people’s vote’, former PM John Major has called for a free vote for MPs to see if any proposals could command a majority, while European Council president Donald Tusk has hinted that the UK should stay…

Yet concrete predictions about how Brexit will be achieved, and by when, are hard to come by. At the time of going to press Downing Street had announced parliament is unlikely to have a second binding vote on May’s Brexit deal until February, with the vote due to be held on 29 January not ‘a second meaningful vote’ but a vehicle for multiple solutions from backbench and opposition MPs. So the uncertainty looks set to rumble on – particularly due to a possible extension of Article 50.

But there are some practical steps HR can take in the wake of all of this ambiguity, advises immigration analyst at Migrate UK Karendeep Kaur. January saw the launch of the government’s EU Settlement Scheme, allowing EU nationals who’ve been in the UK five years to apply for ‘settled status’, and those who haven’t for ‘pre-settled status’.

“You need to engage with each individual because each person’s situation will be different,” says Kaur. “So HR has to ask its workers questions like ‘are you married?’ Don’t bury your head in the sand as an HRD. Because if there is no deal it could be that we only have a three-month transition period to get statuses sorted.”

Adding weight to this call to action are concerns about the system’s potential technical shortcomings – including from think tank British Future.

“A really important consideration is the readiness and ability of the Home Office to handle and manage this new system,” confirms Gary McIndoe, managing partner at Latitude Law. “Time after time I see cases where the Home Office has lost documents, made mistakes and treated individuals with disdain… So a situation akin to the Windrush scandal is entirely possible.”

More long term, organisations should be thinking about staff who are due to join and so about “obtain[ing] sponsor licences immediately” advises Kaur.

Chadi Moussa, director of HR and talent at produce supply business Wealmoor, agrees that HRDs must act now to support existing EU talent in the short term but also to plan for the future.

“For HR it’s the practical steps you can take just to ensure your business is commercially sustainable – what can we do to retain key workers? One thing is, [for] people who are really concerned and maybe don’t feel comfortable talking to HR, we’ve pointed them towards our EAP.

“We’ve been checking sentiments, running focus groups, talking people through it,” he says, adding that – although the £65 settled status application fee has now been scrapped – it’s been about “seeing if we could potentially support people financially” to stay.

A similar approach is being taken to long-term talent shortages. The government’s minimum salary threshold of £30,000, proposed in its immigration whitepaper at the end of last year, “is a binary decision made by people who have not necessarily appreciated the feedback from industries such as agriculture”, Moussa comments. It’s one that will lead to “less applicants for roles, lower-skilled applicants… and also wage inflation”, he says.

But in response Wealmoor has been benchmarking against competitors and “budgeting for offering a more attractive package. So looking at can we subsidise people’s transport costs, can we give them personalised benefits?”

Unfortunately this proactive approach to long-term skills planning places Wealmoor in the minority, fears Duncan Brown, head of HR consultancy at the Institute for Employment Studies: “The advantage of the mess we’re in is people recognising the worst-case scenario could actually happen. So my sense is that businesses have got emergency measures in place. But I think it’s more the medium to long term that is only just hitting home.”

So HRDs must urgently set to work, if they haven’t already, on robust workforce planning. “We’ve been, or should have been, scenario planning for years and this is just another variant of it… there’s often issues to do with a tight labour market that we can’t just lay at Brexit’s door,” says Brown. He adds that businesses must “focus back on their talent pipeline internally” and away from only awarding pay increases to new staff.

Understandably, few people HR magazine spoke to felt confident predicting the likelihood of a no-deal scenario. But all urged HRDs to ‘prepare for the worst’. “The first time we got caught out because we didn’t expect to leave, the second time is when we thought it would be settled…” Moussa highlights.

“I think what we’re seeing is the failure of heroic leadership,” she says. “Because it’s very uncertain and complex and there are no right answers. What is important is collaborative enquiry and thoughtfulness rather than a binary ‘you are wrong, I am right’.”

If a no-deal outcome does emerge it’ll be crucial for HRDs to play a wider role at their organisations, advises chief executive of NHS Employers Danny Mortimer: “If that scenario plays out it’s crisis management. And that then is about the HRD as a member of the executive team contributing in whatever way is required.”

But HR must remain level-headed about this outcome’s likely immediate impact on EU workers, Mortimer adds. He explains that, to his mind, the government would have to quickly roll out the necessary systems. “If it’s a no deal, every industry body will be working with the government to make sure we have systems that work,” he says, highlighting the “great work” such bodies have already achieved by partnering and lobbying together.

In the meantime, reassuring but honest and transparent communication with employees is key. HRDs must learn from Westminster ‘how not to do it’ when it comes to leading through uncertainty, says Reitz.

“HR is in a similar position [to politicians]. They can stick their hand up and say ‘right don’t worry everyone, this is what we have to do…’ Or they can have an intelligent mature dialogue and recognise that things are confusing and uncertain.”